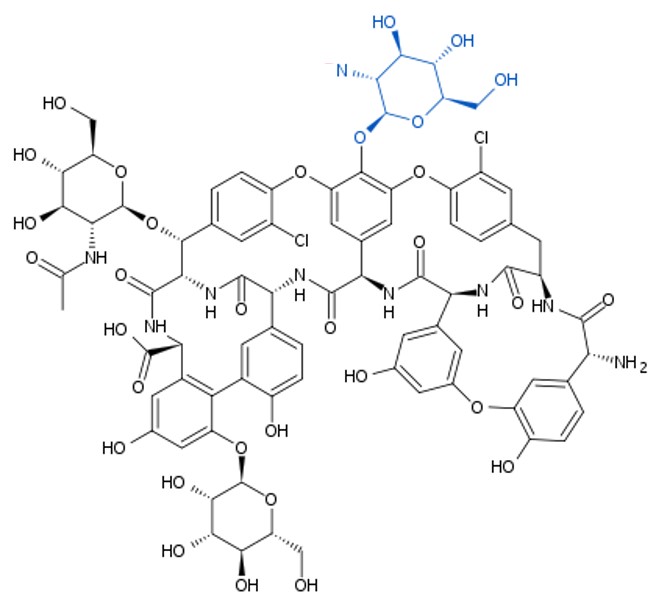 GoldBio Teicoplanin is for research use only!

Teicoplanin works by inhibiting peptidoglycan synthesis and polymerization in two ways. One mechanism inhibits N-acetylmuramic acid (NAM) and N-acetylglucosamine (NAG) from coming together to form the peptidoglycan backbone. Another mechanism prevents cross-linking between amino acid residues in the peptidoglycan chain, similarly to the mechanism of vancomycin.

Sample Certificate of Analysis - Teicoplanin
COA for example only. Actual tests may differ.