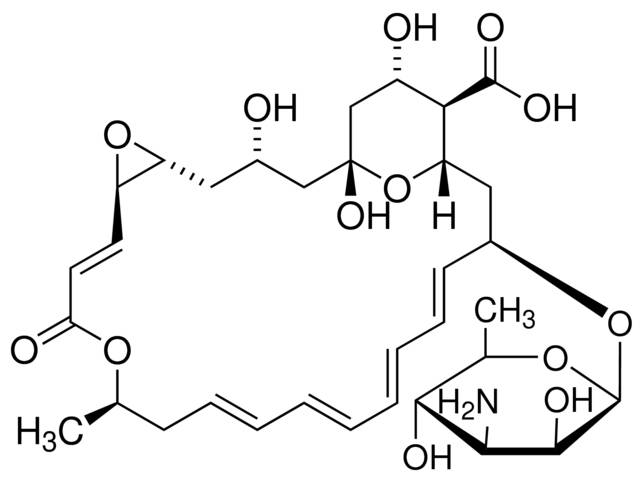 Natamycin is a macrolide polyene antifungal agent isolated from Streptomyces species. It is effective against fungi such as Candida, Aspergillus, Cephalosporium, Fusarium, and Penicillium. Natamycin works by binding ergosterol and preventing carbohydrate and amino acid transport. Unlike other polyene antifungals, natamycin does not prevent ergosterol synthesis or alter cell membrane permeability. Natamycin has been used to study the lipid bilayer and as a fungicidal agent in agar media. It has also been used in research on pleiotropic regulator AdpAch. It is sparingly soluble in aqueous solution.

Natamycin is often used in clinical in vitro tests known as antimicrobial susceptibility tests or ASTs to determine their efficacy against certain bacterial species. They are tested against gram-negative and gram-positive bacteria using panels, discs, and MIC strips by medical microbiologists. ASTs decrease the risk of using an antibiotic against bacteria exhibiting resistance to it, and the results are used in clinical settings to determine which antibiotic(s) to prescribe for various infections.

Storage/Handling: Store at 2-8°C.
This product is light sensitive.