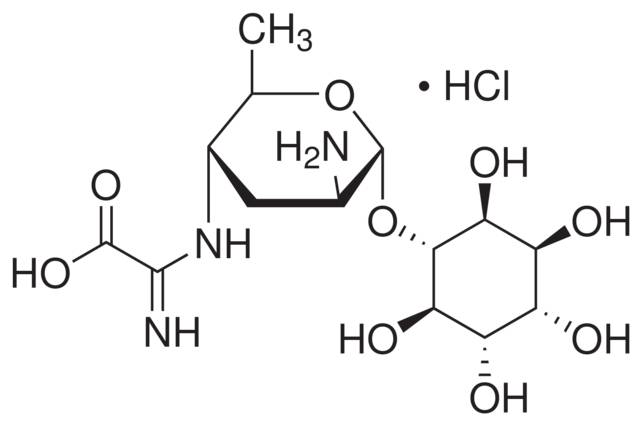 Kasugamycin HCl is an aminoglycoside antibiotic used to combat yeast and pathogenic fungi such as M. grisea. It has been isolated from Streptomyces kasugaensis. Kasugamycin has been used to prevent and treat M. grisea mycelia formation in rice and against parasitic infections of plants such as leaf spot or apple scab. It is the antibiotic of choice in many infections due to its low phytotoxicity. Additionally, kasugamycin has been used to study ribosome structure and kasugamycin resistance.

Storage/Handling: Store at 2-8 °C.
Solubility of the product increases with pH.