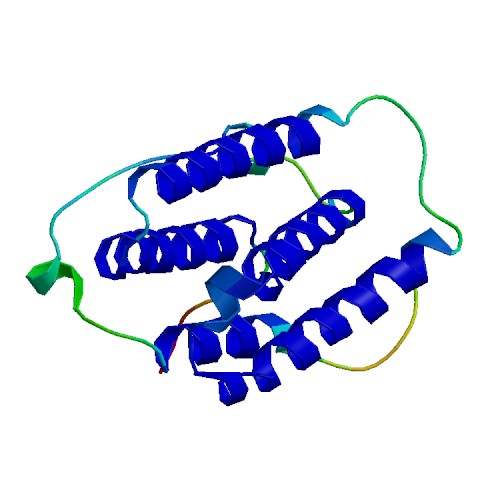 Interferon alpha2 belongs to the type I interferon family and is encoded by the IFNA2 gene in humans. Like the other IFN-alpha proteins, it is expressed in leukocytes and plays an important role in inducing non-specific resistance against a broad range of viral infections. Studies have shown the ability of recombinant IFN-alpha2B to decrease hepatic metastases from intraocular melanoma. It used to treat high-risk cutaneous melanomas, but is associated with many contraindications. IFNA2 is one of 13 subtypes of interferon alpha found in humans, clustered on chromosome 9. It contains four highly conserved cysteine residues forming two disulfide bonds, one of which is necessary for biological activity.

Purity: >98% by SDS-PAGE and HPLC analyses

Biological Activity: Fully biologically active when compared to standard. The specific activity determined by an anti-viral assay is >1.6×108 IU/mg.