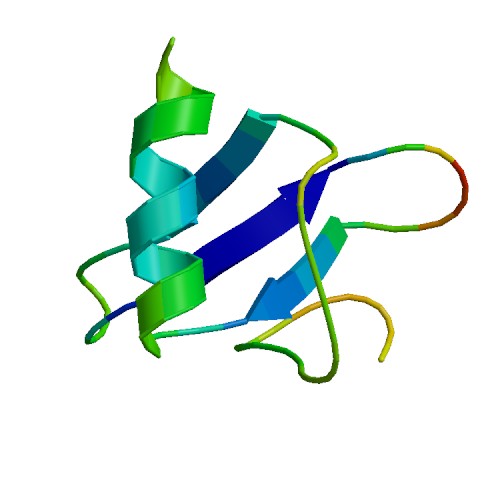 CCL21 is a chemokine containing six conserved cysteine residues, two of which are adjacent. Murine CCL21 is encoded by two to three genes, depending on the strain, each product of which differs by a single amino acid and expression of these genes is regulated differentially. It is expressed in high endothelial venules of lymph nodes, as well as lung, spleen, tonsils, breast stromal cells, and a variety of other cells. Murine CCL21-Leu is expressed predominantly in the lung independent of an inducer. Expression of CCL21 is inhibited by IFNG. It is chemotactic for peripheral blood lymphocytes and plays a major role in initiation and expansion of adaptive immune responses, as well as development of local lymphoid tissue. CCL21 is a ligand for CCR7, as well as CXCR3 and the virorecptor M3.

Biological Activity: Fully biologically active when compared to standard. The biological activity determined by a chemotaxis bioassay using murine T-lymphocytes is in a concentration of 10-100 ng/ml.