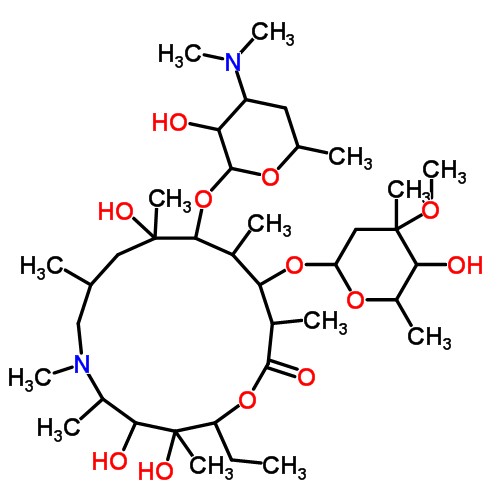 Azithromycin is a broad-spectrum macrolide antibiotic similar in structure to erythromycin. It is effective against various gram-negative and gram-positive bacteria. It has also displayed efficacy against certain Mycoplasma species. Azithromycin also exhibits anti-inflammatory and immunosuppressive properties. Azithromycin dihydrate is slightly soluble in aqueous solution.