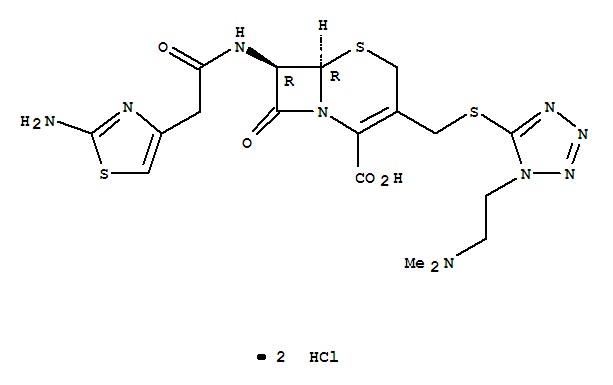 Cefotiam is a second generation cephalosporin antibiotic effective against gram-negative and gram-positive bacteria. However, it is not effective against Pseudomonas aeruginosa. Cefotiam has been used as a prophylactic antibiotic against methicillin-resistant Staphylococcus aureus or MRSA. It is soluble in aqueous solution.