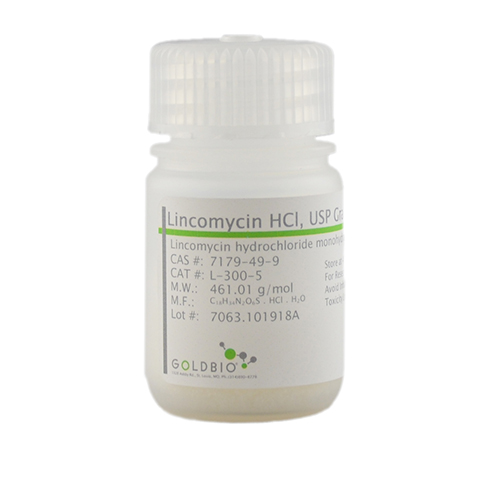 Lincomycin HCl is a lincosamide antibiotic targeting gram positive and anaerobic bacteria as well as protozoans. It is commonly used to combat Staphylococcus and Streptococcus bacteria. Lincomycin HCl is freely soluble in aqueous solution.

Lincosamide antibiotics exhibit a mechanism similar to macrolide antibiotics. They work by binding the 50s ribosomal subunit and preventing peptide bond formation and translocation, essentially inhibiting protein synthesis. Resistance to lincomycin is conferred through mutations in the 50s ribosome.