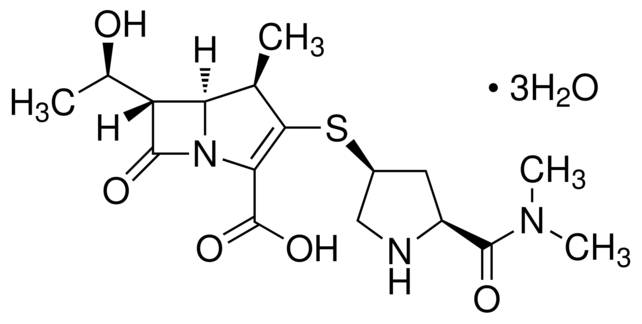 Meropenem is a carbapenem β-lactam antibiotic. It targets gram-negative and gram-positive bacteria and displays high resistance to β-lactamase and kidney dehydropeptidase I activity. It is especially effective against bacteria responsible for causing meningitis and exhibits low toxicity when compared to similar antibiotics.