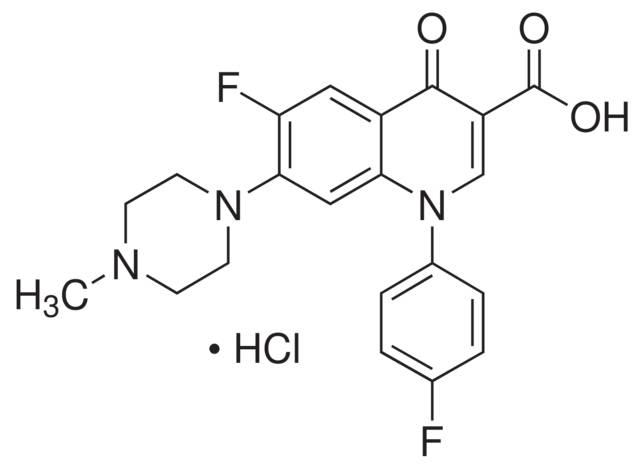 Difloxacin is a fluoroquinolone antibiotic targeting gram-negative and gram-positive bacteria as well as Mycobacterium tuberculosis. Additionally, it has shown efficacy against Chlamydia trachomatis. Difloxacin has been used to study the effects of magnesium supplementation on quinolone-induced damage in animal models. Difloxacin HCl is freely soluble in aqueous solution.