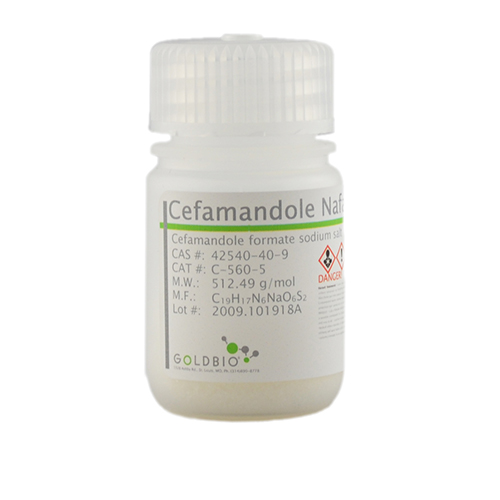 Cefamandole nafate is a second generation cephalosporin antibiotic. It is effective against a variety of gram-negative and gram-positive bacteria. It has been used to study the expression and inhibition of the penicillin binding proteins, especially PBP 2A. Cefamandole nafate is freely soluble in aqueous solution and methanol.