Major works of science during the 19th and 20th centuries are now yours to own in hand-crafted books literally fit for a Queen! 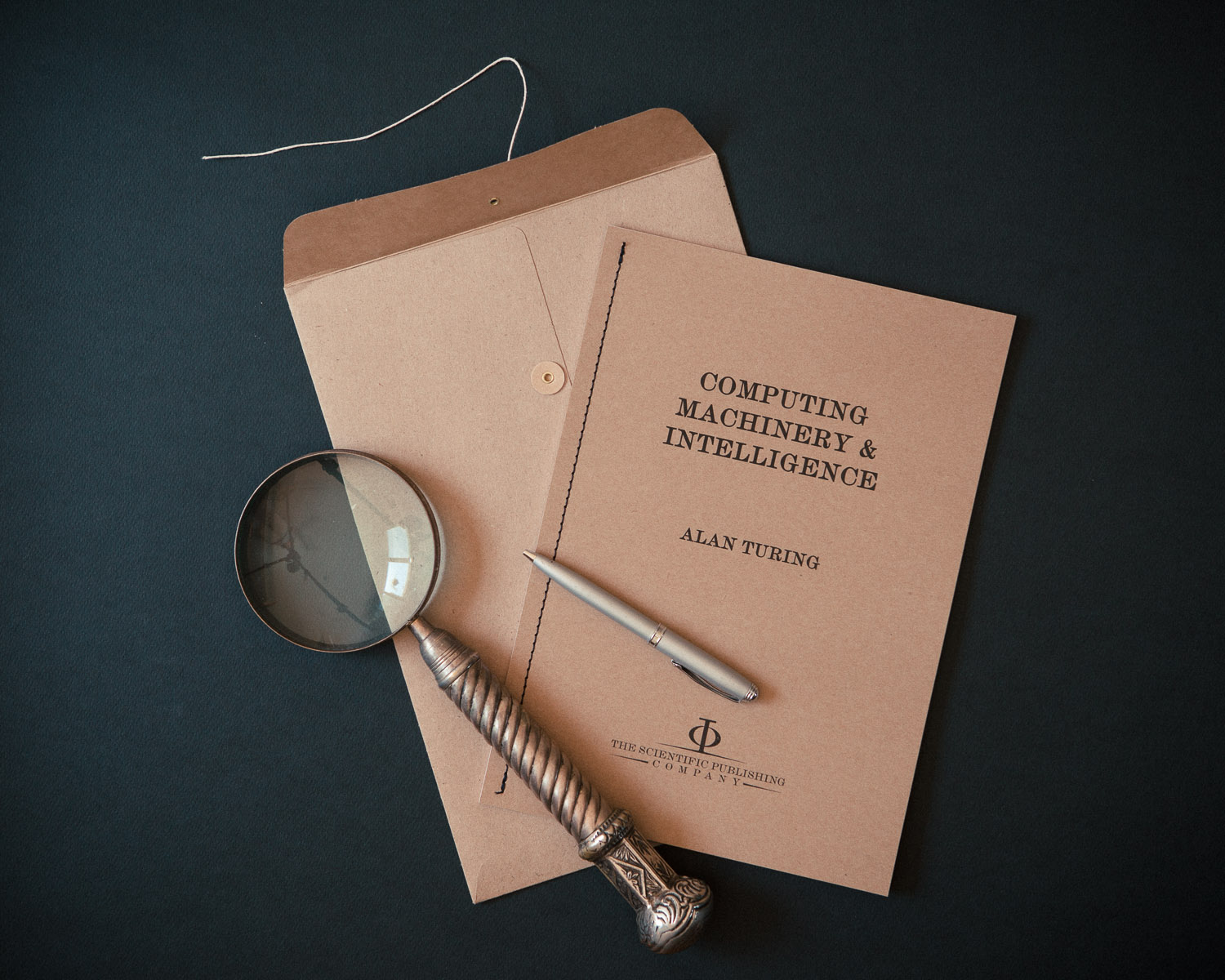 What happens to you when you visit an old library? Does the aroma of aged books seduce your senses? Do you suddenly find your fingertips gently brushing against faded buckram spines and your eyes wild with wonder? Maybe a similar sensation overcomes you while you peruse relics within the marble halls of an old museum.

For anyone in the sciences, chipped mosaics, cracked vases and decaying tapestries are still wondrous, but there are objects less obvious to the general public that would enliven various researchers: an antique microscope, a pencil held by Albert Einstein, a first edition copy “Gray’s Anatomy...” If only you had just one piece for your own collection – a fragment of history in your hands.

Most of us will never have anything quite so sacred in our lab or office – not even close. But for those of you who thought these mementos were out of reach for you or for a friend, there might be an interesting alternative to consider.

The Scientific Publishing Company, based in Melbourne, Australia, has just launched a Kickstarter campaign that will support their mission to produce a variety of hand-crafted reproductions of some of the most significant scientific works.

Currently, the items backers can choose from are:

2.Einstein’s “On the Electrodynamics of Moving Bodies” and “Does the Inertia of a Body Depend Upon its Energy Content?”

5.Hubble’s “A Spiral Nebula as a Stellar System They aren’t first edition prints, but according to TSPC’s editor Bethany Patch, the design, quality and visual appeal might make them a worthy gift to a colleague, or worthy of your personal collection.

“We wanted to create a product that people would be proud to own, not just for its content, but also for its aesthetic,” Patch said.

The company’s press release explained that these pieces offer scientists and enthusiasts a collectible and more accessible item. Furthermore, the company’s administrator, Luke Price, explained that the way these works have been kept in universities does not do them justice. Instead, TSPC’s aim is to reproduce these historic publications with superior care and quality, and make them easily available.

“Our vellum products are designed to be the definitive versions, to further this aim, we have partnered with the same vellum manufacturer who prints the laws for the Britain and has done work for [Her Royal Majesty] Queen Elizabeth,” Price said.

Essentially, TSPC has created an opportunity for anyone to nearly have and hold an important piece of scientific history, bound in material literally fit for a queen, and hopefully just in time for the holidays.

Of course, you might be asking yourself, “Why go through all the trouble? Why not settle for a nice paperback copy that might be less costly?” But if you cherish these publications and care about quality, Price emphasizes that TSPC is offering a selection that is complementary to each other and of undoubtedly superior artistry.

The craftsmanship of these publications is something TSPC takes very seriously. Their Kickstarter offers two versions: paper and vellum (vellum and parchment). The paper version is archival quality, acid and chlorine free paper. The vellum and parchment version, which has a significantly higher price, is made from cleaned, bleached calfskin vellum, hand-selected from British cattle and parchment sourced from free range New Zealand sheep (this is the version fit for royalty).

“We wanted to provide a definitive version of the documents, something that is going to last as long as the theories outlined in the paper, or hopefully in “Special Relativity[’s]” case, outlive them,” Price explained. “The price is very high, but unfortunately when you are dealing with essentially a mediaeval production process, it’s incredibly labor intensive, especially when you have to cut and set the individual blocks.”

“The team is amazing… Emma has a background in science communication and is enthusiastic about bringing an understanding of science to the wider population,” Price said. “Adele, the youngest of the team, oversees creative direction and is a fantastic photographer. Bethany, the editor, writes the press releases, fixes all our spelling mistakes and brings a formidable knowledge of print production. I keep the project on track and handle IT.”

Already, Price said that there has been a decent amount of demand for their mission, and social media feedback, for the most part, has been very positive. Of course, their objective has been met with some criticism as well.

“I’d say that the feedback has overall been very positive, we’ve even gotten a couple of interview requests!” Price said. “I posted on the Philosophy of Science SubReddit which had some people take umbrage to the whole concept… someone was very annoyed that we weren’t using the exact copies that had been sent for peer review; I’m not sure how they expected a tiny startup in Melbourne to source those precise documents.”

Other skeptics online have questioned the necessity for printed reproductions when they can be found online; Shaw argues that something special to an individual or community creates the demand for tangibility.

“I read voraciously online and on my e-reader but own all of my favorite books in print, both because I will re-read them and because I feel they make up a part of who I am,” Shaw said. “So this project really spoke to me on those two levels, as I’m sure, like many other people, I knew of these works and how important they have been in the course of scientific history, but had not read all of them in full.”

If you already have someone in mind who you know would appreciate having one of these quality publications for his or her lab, then you need to be aware of the realities of a Kickstarter campaign. Kickstarters have a financial goal and a deadline to be met. Anyone can contribute money to back the campaign, which is often rewarded by some kind of incentive. In the case of TSPC, you can simply back their project with a small amount, or pledge a higher amount in order to receive one of the printed publications.

A Kickstarter campaign’s financial goal is usually based on an amount needed to execute the project or some part of a project, and once the deadline is reached, the Kickstarter ends. If a Kickstarter is not fully funded, or if the project never fully reaches completion, backers run the risk of not obtaining any incentive. But Price can assure TSPC backers that there is no risk.

“If we make our target, we receive the money from Kickstarter directly,” Price said. “… If we do not make our goal, we have enough cash to print a run of one paper; we will use the popularity of the Kickstarter papers to determine which one this will be.”

Another thing to bear in mind is that TSPC is based in Australia. If you reside there and wish to back this campaign, you run almost no risk of not receiving a product before the holidays. However, if you live in the United States and are considering this as a gift option, you might just miss the deadline. Keep in mind that the campaign ends on December 15th. Printing is expected to begin on December 16th or 17th and shipping to the US or Europe is estimated to take about 3-10 business days to either place.

“We are confident that we will be able to ship well before Christmas; normally we would be more than confident that people would receive them on time. However, with a background in logistics, I know that just before the Christmas period stretches postal systems to their limit. So we wanted to prepare people that their gift may arrive a few days afterwards,” Price said. “We intend to send everyone an email with a description of the product so that they have something to give to their loved ones to tide them over until our product arrives.”

When you visit TSPC’s Kickstarter campaign, you are given the option to simply back the project with a smaller pledge of support or opt to back one of the printed publications. And, according to Price, even if you’re not interested in the products right now, TSPC has some other unique projects in mind for the future, making it worthwhile to follow them on Facebook. “This is a great way to support science, especially for someone starting off in the field,” Price said. “We have had the prototype sitting out in our house for the past few weeks, and it’s been a great conversation starter, even with people that didn’t realize that we were the ones producing it.”

Visit The Scientific Publishing Company’s Kickstarter page or Facebook page and get inspired.

All images produced and generously provided by the Scientific Publishing Company

A Near Fragment of Scientific History in Your Hands with this Kickstarter
Major works of science during the 19th and 20th centuries are now yours to own in hand-crafted boo...

Glowing Plants and Kickstarter- Where Science and Public Funding Meet
Earlier this month a very unique and very successful Kickstarter campaign wrapped up. If you haven’t...
Becoming a Cell Minimalist - Scientists Synthesize Bare Essential Bacterial Genome
In the Search for the Essentials of a Minimal Life-form - Learn about the obstacles Venter, Smith...

Tryptophan Dreaming (on Turkey Day)
Here in the States, we are all gearing up for that very special day of days: when the gravy lakes ov...