The Top Scientific Discoveries and Breakthroughs of 2018

Often, on the eve of a new year, we feel the need to reflect upon our accomplishments and progress of the past year. As 2018 is coming to an end, we have collected a list of the year’s most impactful scientific discoveries and breakthroughs.

We will begin with a discovery made millions of miles away from earth, on the surface of Mars. Scientists have known about the presence of ice beneath the ground of Mars for years and have made predictions about its structure and composition. However, Colin Dundas, a US geological survey planetary Geologist, and his team used the Mars Reconnaissance Orbiter (MRO) and the High-Resolution Imaging Science Experiment (HiRISE), a camera onboard the MRO, to study the structure of ground ice in eight different locations in this planet. 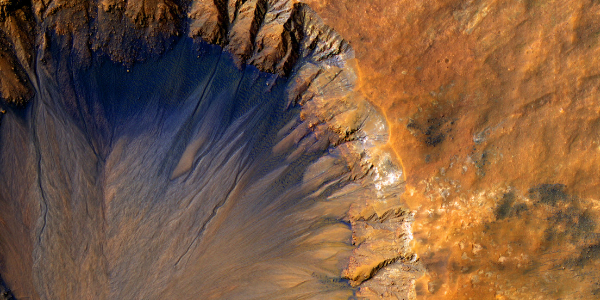 They discovered these locations “contain deposits of water ice that can be >100 meters thick.” In addition, their observations revealed that this ice is mineable and could be used as a resource by explorers in the future. The impact of this discovery will become instrumental for when we are ready to deploy crews to the “Red Planet.”

The recently published U. S. Climate Assessment warns of deleterious and devastating effects of global warming on ecosystems. Indeed, earlier this year, Anthony Pagano and his team published their findings of the effects of climate change on the polar bear (Ursus maritimus). The polar bear is highly dependent on sea ice, which is also necessary for the presence of seals, the main food source for polar bears. However, sea ice in the Arctic is melting and decreasing at 14% per decade, which is likely affecting seal abundance. Unfortunately, we know that polar bear populations are declining but scientists do not understand how.

In an effort to provide an explanation for the declining number of polar bears, Pagano et al studied how nine polar bears behave in their Arctic habitat and how their food resources affect their metabolism. They showed that these bears burned 12,324.7 kcal per day and have very high-energy metabolisms. Unfortunately, they also showed that four of these bears lost ≥10% body mass over an 8-11 day period. These and their other findings suggest that these majestic animals are not able to eat enough and their chances to survive and thrive might be further decreased due to loss of habitat, a consequence of global warming.

Today, it is rare to meet a person that hasn’t been affected directly or indirectly by the devastating effects of Alzheimer’s disease (AD). This disease changes the brain and behavior of the affected person and is becoming more prevalent in our population. Thus, many researchers are currently striving to find a cure, most commonly through animal models. Chengzhong Wang of the Gladstone Institute of Neurological Disease, however, approached AD in a different way. He led a group of scientists in developing human induced pluripotent stem cells (iPSC)-derived neurons.

Furthermore, these neurons expressed apolipoprotein E4 (ApoE4), a genetic risk factor for AD. As predicted, these neurons showed AD pathology including high levels of tau phosphorylation (p-tau) and neuron degeneration. What makes this a significant 2018 discovery is that this group was able to convert ApoE4 to ApoE3 using PH002, a “small-molecule structure corrector.” This structural change had many positive effects including a decrease in p-tau levels, indicating that changing the structure of ApoE4 could potentially be a viable therapeutic option for AD patients. Now, the goal of this group is to continue to develop these structure correctors to hopefully use in AD treatments in patients.

The rules of reproduction vary widely in different species. Mammals require a male and female to produce offspring. However, fish, reptiles and amphibians are able to reproduce through parthenogenesis, the generation of an embryo from an unfertilized egg. 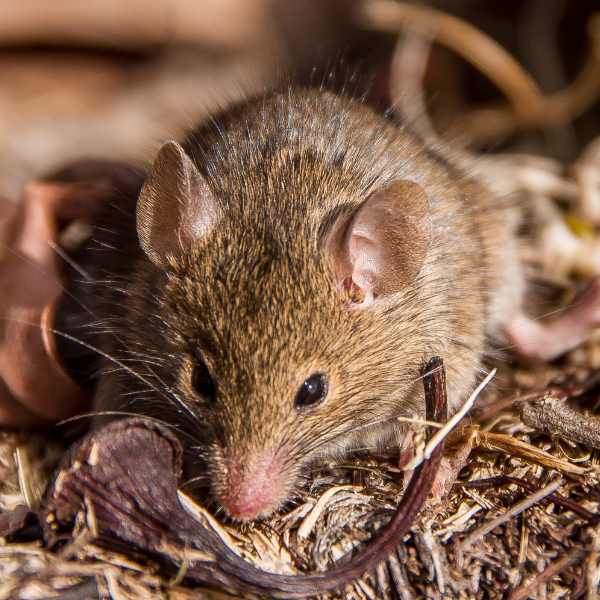 It was a big surprise when a research group in China, led by Zhi-Kun Li, revealed they had generated viable baby mice from two female parents using stem cells and CRISPR technology. They obtained haploid embryonic stem cells (ESCs), deleted specific imprinting DNA sequences (regions that control which parent’s genes are expressed), inserted into an egg, generating a fertilized egg, then implanted it into a surrogate mother, which gave birth to live and functional bimaternal mouse pups. A similar strategy was attempted to generate mice from two fathers, but was not as successful; the mice died shortly after birth.

Discovery of a Human Hybrid

A single bone found in a cave in the Altai mountains of Russia had enough genetic material to reveal that a Neanderthal female and a Denisovan male bred and gave rise to a human hybrid 90,000 years ago. This single bone, referred to as “Denisova 11” belonged to a teenager, a one of a kind ancient human and the first proof that Neanderthals and Denisovans, two extinct groups of hominins, did indeed mix.

In addition to helping unearth the origins of human species, genome sequencing has also been used to determine the origins of human diseases. Daniel Shriner and Charles N. Rotimi, from the Center for Research on Genomics and Global Health in the National Institutes of Health, studied how sickle cell, a genetic disease that is caused by the sickle cell mutation rs334, developed by comparing genetic sequences of many individuals with sickle cell disease.

Interestingly, a mutation causing sickle cell disease also conveys protection against malaria, another devastating and often deadly disease. Shriner and Rotimi compared the genomes from 2,932 individuals from the 1000 Genomes Project, the African Genome Variation Project, and Qatar. Contrary to the belief that various mutations occurred independently, they discovered that this disease came from a single mutation in one person, occurring about 7,300 years ago.

Christopher Henshilwood, from the University of Bergen in Norway, and his team discovered that a “cross-hatched pattern drawn with an ochre crayon on a ground silcrete flake” is the earliest drawing found to date and predates other drawings by 30,000 years. Early Homo sapiens created this drawing about 73,000 years ago in Blombos, a cave in South Africa. The characteristics of this creation suggests they were engaged in drawing and graphic design, giving insight into their behavior.

When we think of dinosaurs, we often picture the giant T-rex from films like “Jurassic Park”. But recently, Blair W. McPhee from the University of São Paulo, and a team of scientists found possibly one of the biggest dinosaurs ever studied, a new species of Early Jurassic South African sauropodomorph. This plant eating dinosaur weighed 12 metric tons and was named Ledumahadi mafube, which means “a giant thunderclap at dawn.” It also walked on four legs and reached adulthood by time of death, at 14 years old. Surprisingly, this dinosaur was a relative of another dinosaur living in Argentina at that time, indicating that they lived during the Pangea era.

A neutrino is a subatomic particle that is electrically neutral and has such small mass that for a long time, it was thought to be zero. It is called the “ghost particle” because it is very difficult to detect since it rarely interacts with any surrounding matter. And now, scientists know how to determine where in the universe they can originate from.

Using the IceCube Neutrino Observatory in the South Pole, researchers determined that a specific neutrino came from a galaxy called a blazar, which is a galaxy containing a massive spinning black hole. Blazars are known to accelerate particles to great speeds towards earth. Now, one of the questions that scientists can focus on is: how do blazars accelerate and shoot these particles towards the earth?

Ever since the first gene editing technology was invented, scientists have talked about the possibility of editing genes in human embryos. And just this November, Jiankui He, a scientist at the Southern University of Science and Technology in Shenzhen, China, claims he used CRISPR to delete a gene in human embryos, resulting in seemingly healthy babies. This gene was specifically deleted to convey resistance to HIV.


His work raises ethical concerns from scientists around the world since editing human embryos implies that the changes in the genome are hereditary and the long term effects of this kind of gene editing technology is not known.

Adding to the controversy, his work has not been peer reviewed. He has not published any data or results regarding. When speaking at a genome summit about his work, he did not offer any of the details of his work or the names of other experts that he claims have given feedback on the results. However, He stated that twin girls bearing an edited genome had been born. The lack of rigid methods and evidence makes his work hard to consider as credible science. In fact, the day after this summit, news sources claimed his work had been halted by University of Science and Technology in Shenzhen.

The controversy surrounding his work and the lack of verifiable information reminds us of the controversy surrounding Andrew Wakefield’s work claiming a link between autism and vaccination. Wakefield’s study has been retracted and his theory has been widely rejected by the scientific community. However, publicizing false information created a movement where parents began rejecting childhood vaccinations resulting in an increase of vaccine preventable diseases in various communities and creating a public health problem. Therefore, it is imperative that prior to making such scientific claims, research and results must be peer reviewed and the claims verified. Otherwise, the cost of publicizing potentially false information may be truly detrimental to the scientific community and the public.

Overview: Types of PCR Probes
When performing a qPCR or RT-qPCR, a PCR probe is usually used to detect the target sequence using f...
All About Plant Cell Suspension Cultures: What Is It and How to Establish It
A plant cell suspension culture is a liquid culture where cells from a soft or friable callus divide...

How to Bounce Back From Manuscript Rejection
You saw a new email coming from a journal regarding the status of your manuscript submission. You ha...
An Introduction to Primary Antibodies and Secondary Antibodies
A good signal detection is necessary for the reproducibility of research findings when a researcher...