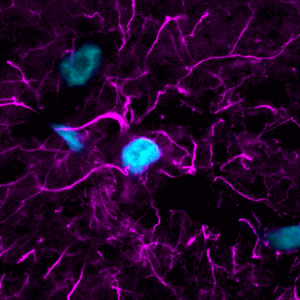 Sudan Black B has traditionally been used to quench lipofuscin autofluorescence by incubating tissue sections with the dye after immunofluorescence staining. However it also introduces uniform, non-specific background fluorescence in the red and far-red channels, limiting the use of fluorescent dyes in those wavelengths.