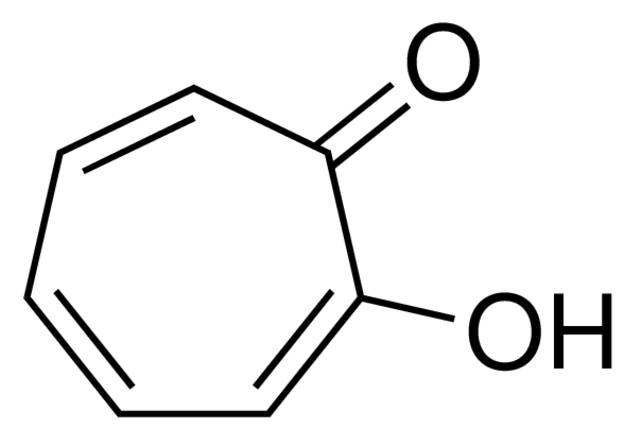 Tropolone is a bactericidal antibiotic composed of a seven-membered aromatic ring. It targets a wide variety of gram-positive and gram-negative bacteria. Tropolone has been used to prepared fused heterocycles and Ga(III) and In(III) complexes. It is also a reagent used to reduce sugars. It is freely soluble in various organic solvents.

It is suspected that tropolone targets cell membranes increasing their permeability and causing cell lysis.