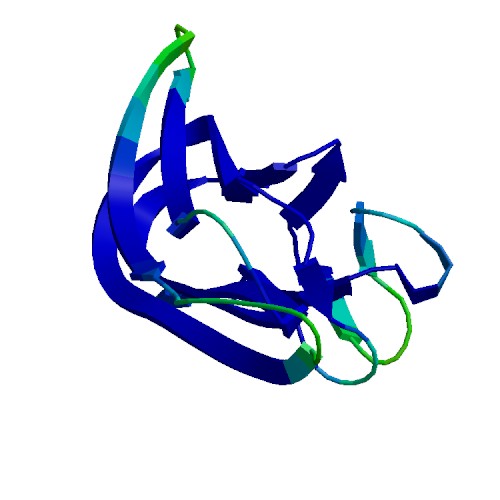 Tumor necrosis factor (or TNF-α), also called cachectin, is produced by neutrophils, activated lymphocytes, macrophages, NK-cells, LAK-cells, astrocyte endothelial cells, smooth muscle cells and some transformed cells. TNF occurs as a secreted, soluble form and as a membrane-anchored form, both of which are biologically active. The naturally occurring form of TNF is glycosylated, but nonglycosylated recombinant TNF has comparable biological activity. The biologically active native form of TNF is reportedly a trimer. Human and murine TNF has approximately 79% homology at the amino acid level and there is cross-reactivity between the two species. Two types of receptors for TNF, p55 and p75, have been described and virtually all cell types studied show the presence of one or both of these receptor types.

The clinical use of the potent antitumor activity of TNF has been limited by the pro-inflammatory side effects including fever, dose-limiting hypotension, hepatotoxicity, intravascular thrombosis and hemorrhage. Designing clinically applicable TNF mutants with low systemic toxicity has been an intense pharmacological interest. Human TNF variants, which bind to the murine TNF-R55 but not to the murine TNF-R75, exhibit retained anti-tumor activity and reduced systemic toxicity in mice compared with murine TNF, which binds to both murine TNF receptors. Based on these results, many TNF mutants that selectively bind to TNF-R55 have been designed. These mutants displayed cytotoxic activities on tumor cell lines in vitro, and exhibited lower systemic toxicity in vivo.

Purity: >98% by SDS-PAGE and HPLC analyses

Delirious for Cytokines
What if cases of delirium or instances of delusions were only a symptom of an imbalance of inflammat...