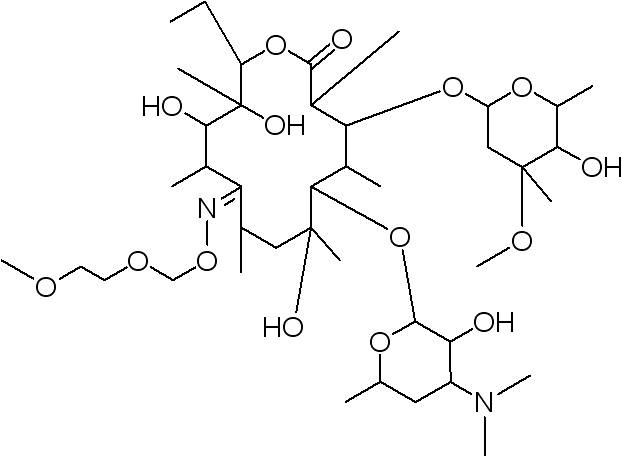 Roxithromycin is a macrolide antibiotic and derivative of erythromycin. It targets both gram-negative and gram-positive bacteria and has shown strong efficacy against Legionella pneumophila and a variety of oral pathogens. Additionally, roxithromycin inhibits the activation of NADPH oxidase and promotes neutrophil apoptosis.