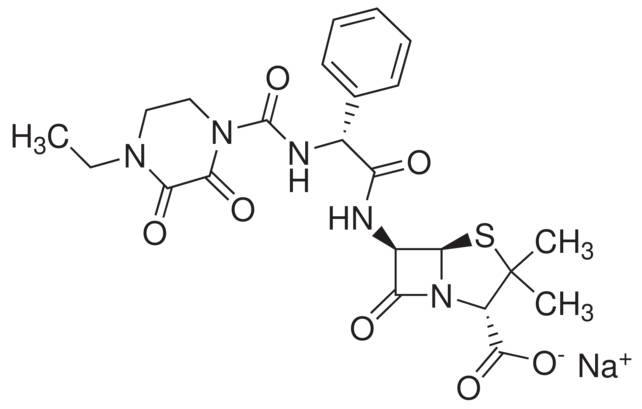 Piperacillin is an extended-spectrum β-lactam antibiotic resistant to many β-lactamases. It is derived from ampicillin and targets gram-negative and gram-positive bacteria. Additionally, piperacillin has been used in studies on optimization of antimicrobial therapy in patients with sepsis and to study piperacillin allergic reactions. It has also been used to study multidrug resistant organisms.