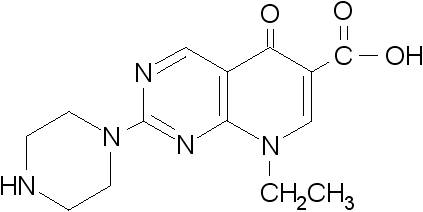 Pipemidic acid is a pyridopyrimidine antibiotic with similar properties to quinolone antibiotics. It is used to study damage and mutations in DNA as well as lymphocyte blastogenesis and interferon-gamma production. It can be used as a cell selection agent.