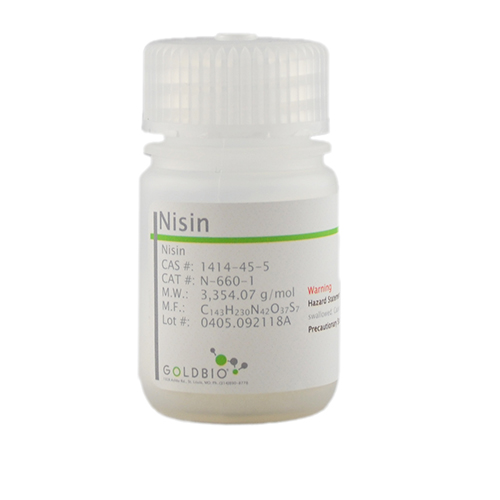 When it comes in contact with other gram-positive bacteria, nisin creates pores in the cell membrane leading to loss of membrane permeability control. This ultimately leads to cell lysis and death. Nisin is not effective on gram-negative organisms, but is effective against a wide variety of gram-positive bacteria. It has been used as a selection agent to isolate gram-negative bacteria, yeast, and molds. It has also been used to study post-translational modification.