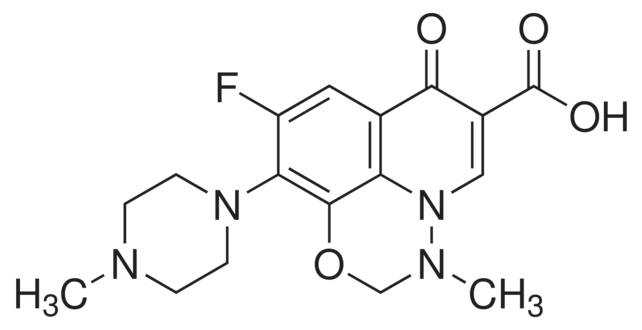 Marbofloxacin is a third generation fluoroquinolone antibiotic used to target Pseudomonades and Staphylococci species. It also targets a variety of other gram-positive and gram-negative bacteria. It is freely soluble in aqueous solution.