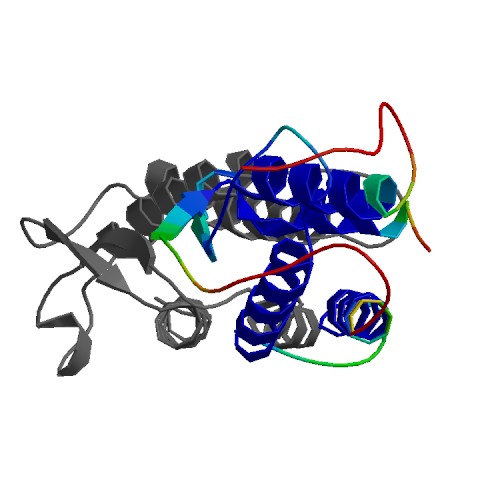 KIT Ligand (KITLG), also called Stem Cell Factor (SCF) which binds to the c-Kit receptor is produced by fibroblasts and endothelial cells. The soluble and transmembrane forms of the protein are formed by alternative splicing of the same RNA transcript and the presence of both soluble and transmembrane SCF is required for normal hematopoietic function. SCF plays an important role in hematopoiesis, spermatogenesis and melanogenesis and it promotes mast cell adhesion, migration, proliferation, and survival. Soluble canine SCF shares 76-93% amino acid sequence identity with many other species, including human, mouse, rat and equine. Cells known to express SCF include endothelial cells, fibroblasts and keratinocytes.

Purity:>96% by SDS-PAGE and HPLC analyses.

Biological Activity: Fully biologically active when compared to standard. The ED50 as determined by a cell proliferation assay using human TF-1 cells is less than 2.0 ng/ml, corresponding to a specific activity of >5.0×105 IU/mg.

Introduction to Interleukins
The interleukin family of cytokines is one of the largest and most studied of all the growth factors...