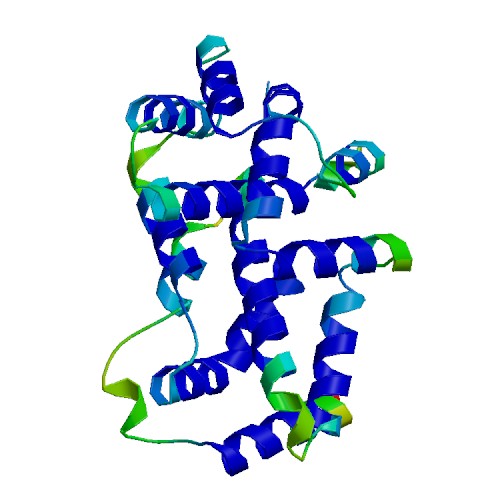 Interferon gamma is the only type II interferon and binds to the heterodimeric IFNGR that consists of two chains, IFNGR1 and IFNGR2. This interaction activates the JAK-STAT pathway. IFNG is produced primarily by T-lymphocytes and natural killer (NK) cells. It is critical for innate and adaptive immunity against viral and intracellular bacterial infections. This is due partly to its ability to inhibit viral replication directly, but also due to its immunostimulatory and immunomodulatory effects. IFNG induces the production of cytokines and upregulates the expression of class I and II MHC antigens, Fc receptors, and leukocyte adhesion molecules. It modulates macrophage effector functions, influences isotype switching, and potentiates the secretion of immunoglobulins by B cells. Additionally, IFNG augments TH1 cell expansion and may be required for TH1 cell differentiation.

Biological Activity: Fully biologically active when compared to standard. The ED50 as determined by an anti-viral assay using A-72 canine fibroma cells infected with vesicular stomatitis virus (VSV) is less than 2.0 ng/ml, corresponding to a specific activity of >5.0×105 IU/mg.