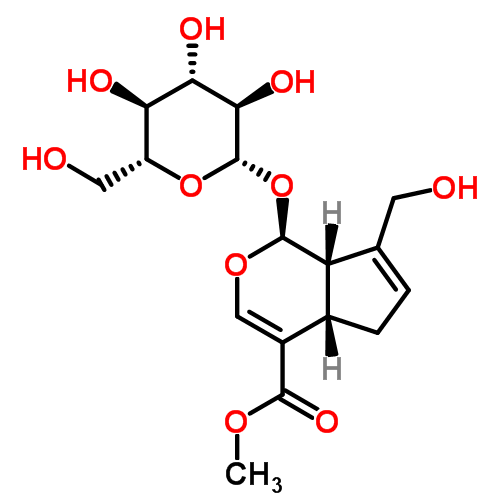 Geniposide is a bioactive monosaccharide-derived molecule with a multitude of chemical identities including indoid glycoside, terpene glycoside and β-D-glucoside. It is also considered an enoate ester and cyclopentapyran. As a plant derivative glycoside, it has displayed medicinal properties in neuroprotective, antioxidant, anti-diabetic and anti-proliferative functions.

Geniposide’s neuroprotective and antioxidant qualities have been attributed to its ability to regulate Nrf2 translocation, affecting PI3K/Akt signaling pathway expression of antioxidant protein HO-1. As an agonist to the GLP-1 receptor, it’s demonstrated inhibition of oxidative damage from PC12 cells.

It’s regulation of glucose-stimulated insulin signaling also links it to diabetes and Alzheimer’s disease studies. Geniposide has been observed to up-regulate β-site APP cleaving enzyme (BACE1) and insulin-degrading enzyme (IDE), adversely reducing Aβ1-42 and ADAM10 levels. Geniposide research in correlation with formaldehyde has proved it to be an inhibitor of misfolding and aggregation of Tau protein and β amyloid protein, both characteristics of Alzheimer’s disease.