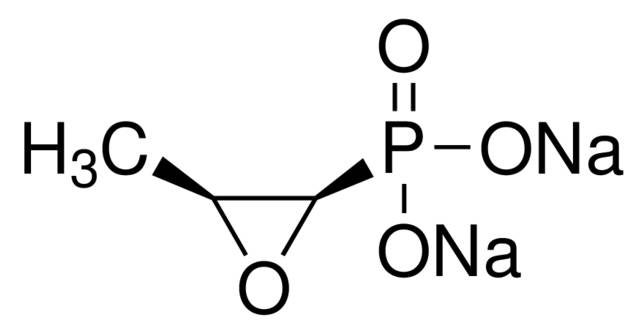 It functions by inhibiting cell wall synthesis by inactivating the MurA enzyme. Fosfomycin sodium is freely soluble in aqueous solution.