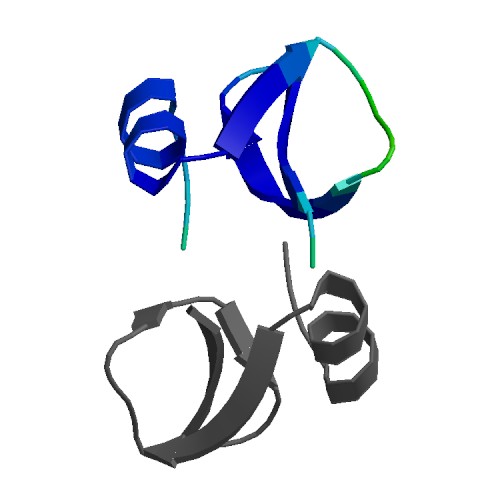 Human beta-defensin 4A (DEFB4A) is an antimicrobial peptide that contributes to the innate immune system and is active against gram-negative bacteria, fungi, and viruses. It also contributes to the adaptive immune system through recruitment of leukocytes to sites of infection through chemotaxis. Like the other β-defensins, DEFB4A is a small protein that contains a motif consisting of six cysteine residues which form three intramolecular disulfide bridges. It is expressed in epithelia of many organs, including the lungs and skin, as well as in monocytes and macrophages. Expression is induced by 1,25-dihydroxyvitamin D3 and proinflammatory cytokines, such as IL1B and IFNG, and downregulated by the anti-inflammatory steroid dexamethasone. DEFB4A is a cationic peptide that disrupts the membranes of invading microbes, which are negatively charged due to the presence of lipopolysaccharides (LPS) or lipoteichoic acid (LTA). DEFB4A stimulates mast cells to induce Ca2+ mobilization, histamine release, and COX-1 mediated prostaglandin D2 release in a G-protein-dependent and phospholipase C-dependent manner. Inhibition of DEFB4A by high salt concentration may play a role in the pathogenesis of cystic fibrosis.

Biological Activity: Fully biologically active when compared to standard. The biological activity determined by a chemotaxis bioassay using immature human dendritic cells is in a concentration range of 10-100 ng/ml.