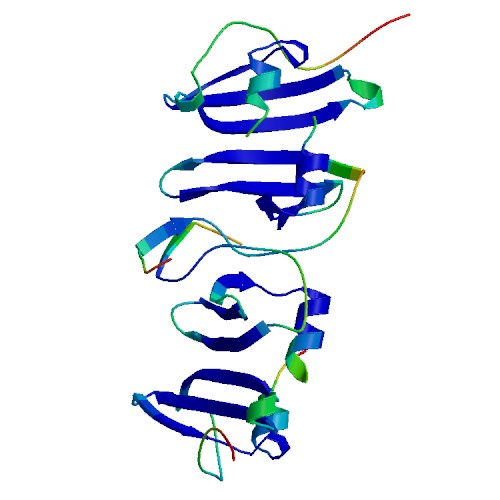 CXCL10 is a CXC chemokine lacking the ELR motif. It is closely related to CXCL9 and CXCL11, all three of which are ligands for CXCLR3. CXCL10 is expressed in and secreted by monocytes, endothelial cells, fibroblasts, and other cell types after induction by IFNG. CXCL10 is chemotactic for monocytes and T-cell lymphocytes. It plays a role in angiostasis, inhibits bone marrow colony formation, and promotes T-cell adhesion to endothelial cells. CXCL10 also exhibits antimicrobial properties against Gram-positive and Gram-negative bacteria. Knock-out mice have immune system abnormalities, including defective proliferation of T–cells, resulting in increased susceptibility to autoimmune disease and viral infections. Increased expression of CXCL10 and CXCR3 is associated with autoimmune myasthenia gravis.

Biological Activity: Fully biologically active when compared to standard. The biological activity determined by a chemotaxis bioassay using human peripheral blood lymphocytes is in a concentration range of 0.1-10 ng/ml.