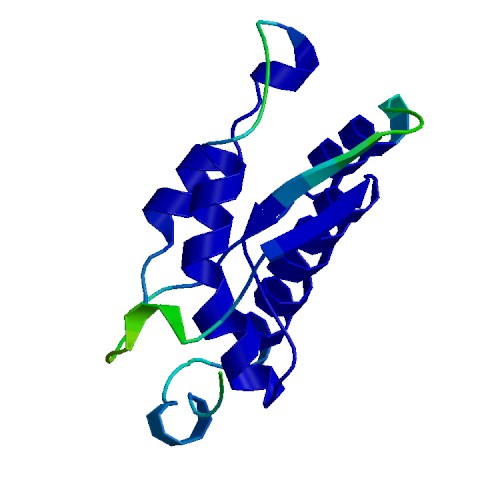 Recombinant Murine Colony Stimulating Factor 1 (Macrophage) (CSF1), formerly called Macrophage Colony Stimulating Factor (M-CSF), is a hematopoietic growth factor that is involved in the proliferation, differentiation, and survival of monocytes, macrophages, and bone marrow progenitor cells. It is produced by osteoblasts (as a result of endocrine stimulation by parathyroid hormone) exerts paracrine effects on osteoclasts and can interact with CSF1R. CSF1 is a four α-helical bundle cytokine and its active form is found extracellularly as a disulfide-linked homodimer. Four transcript variants encoding three different isoforms have been reported for CSF1 gene. Although forms may vary, all of them contain the N-terminal 150 amino acid portion that is necessary and sufficient for interaction with the receptor. The first 229 amino acids of mature mouse CSF1 shares 87%, 83%, 82% and 81% sequence identity with corresponding regions of rat, dog, cow and human CSF1, respectively. Human CSF1 is active in the mouse, but mouse CSF1 is reported to be species-specific.

Biological Activity: Fully biologically active when compared to standard. The ED50 as determined by a cell proliferation assay using murine M-NFS-60 cells is less than2.0 ng/ml, corresponding to a specific activity of >5.0 × 109 IU/mg.

Storage/Handling: This lyophilized preparation is stable at 2-8°C, but should be kept at -20°C for long term storage. The reconstituted sample can be apportioned into working aliquots and stored at -80°C for up to 6 months. Avoid repeated freeze/thaw cycles.

Reconstitution: The sample should be briefly centrifuged prior to opening to bring the contents to the bottom. Reconstitute in a siliconized tube using PBS that contains a 0.1% BSA to a concentration of 0.1-1.0 mg/mL. Reconstituted solutions are stable for up to one week at 2-8°C. Stock solutions should be aliquoted and stored at -80°C. Further dilutions should be made in appropriate buffered solutions containing BSA or serum.

Additional resources for this product may be found at: