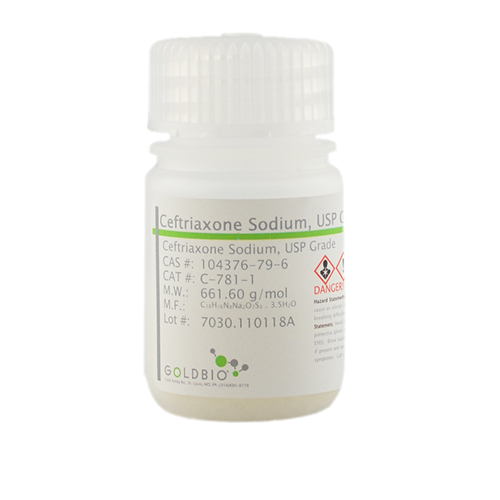 Ceftriaxone is a third generation cephalosporin antibiotic, which targets gram-negative and gram-positive bacteria. It has been used in proteomics research and to study prophylactic strategies to treat hemolytic anemia caused by prescription medications. In addition, ceftriaxone has been used to study the penicillin binding proteins, especially PBP1. It has been suggested that it also increases EAA2 pump expression in the central nervous system and decreases glutamatergic toxicity. It is freely soluble in aqueous solution.