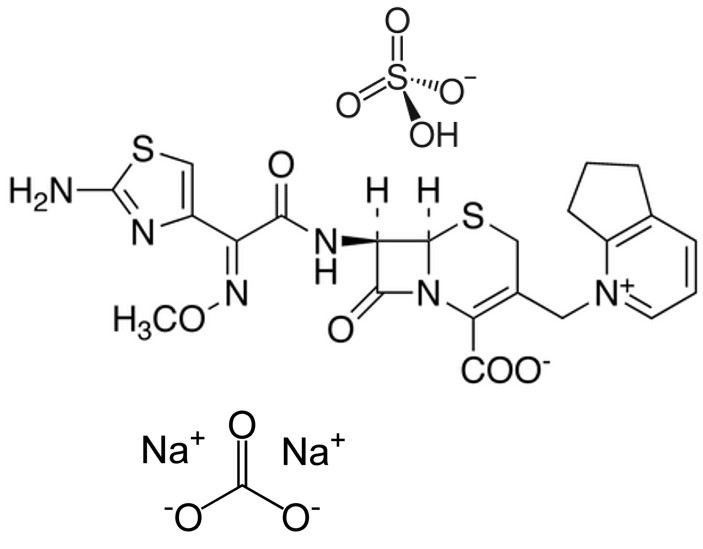 Cefpirome is a fourth generation cephalosporin antibiotic targeting gram-positive and gram-negative bacteria. Is it not effective against many Bacteroides, Enterococci, and Haemophili species due to the resistance they have developed. Cefpirome sulfate with sodium carbonate is a mixture of cefpirome sulfate and anhydrous sodium carbonate and is commonly used for the stabilization of pH.