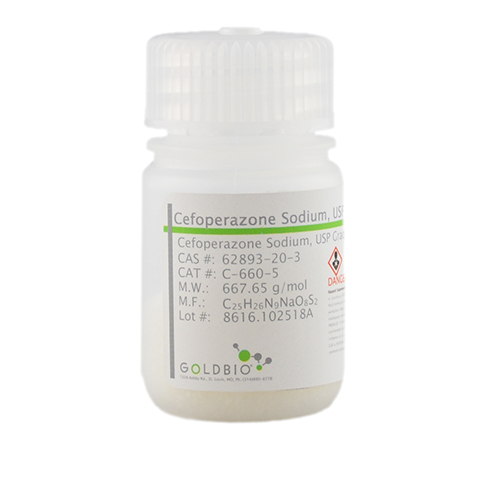 Cefoperazone is a third generation cephalosporin antibiotic primarily targeting P. aeruginosa and other gram-negative bacteria. It has also been used to study penicillin binding proteins (PBPs) and is a β-lactamase inhibitor. Cefoperazone sodium is freely soluble in aqueous solution.

Storage/Handling: Store at 4°C. Protect from light and air.