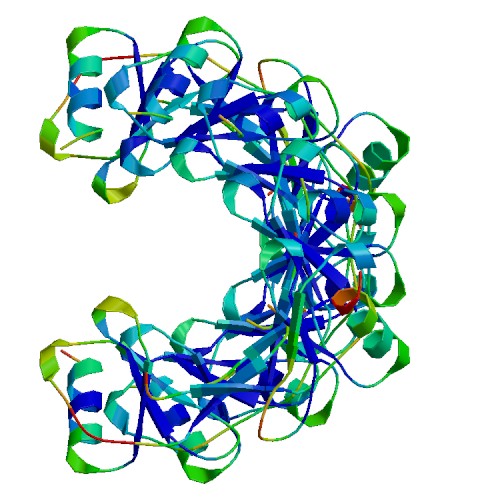 CCL4L1 is a chemokine containing four conserved cysteine residues, of which the first two are adjacent. It is highly homologous to CCL4 in sequence and function, but it is regulated and expressed in a slightly different manner. CCL4L1 is expressed and secreted by lymphocytes, monocytes, and various tumor cells lines. Expression of CCL4L1 is induced by IL2 and mitogens, such as phytohemmagglutinin, LPS, and the peptidoglycan of S. aureus and expression is inhibited by glucocorticoids, TGF-beta, and cyclosporin A. CCL4L1 is an HIV-suppressive factor produced by CD8+ T-cells. It also binds to HSV-1 virions and generates pores in the envelope of HSV-1. CCL4L1 is a ligand for CCR1, CCR3, and CCR5.

Biological Activity: Fully biologically active when compared to standard. The ED50 as determined by a cell proliferation assay using human CCR5 transfected murine BaF3 cells is less than 2 ng/ml, corresponding to a specific activity of >5.0×105 IU/mg.