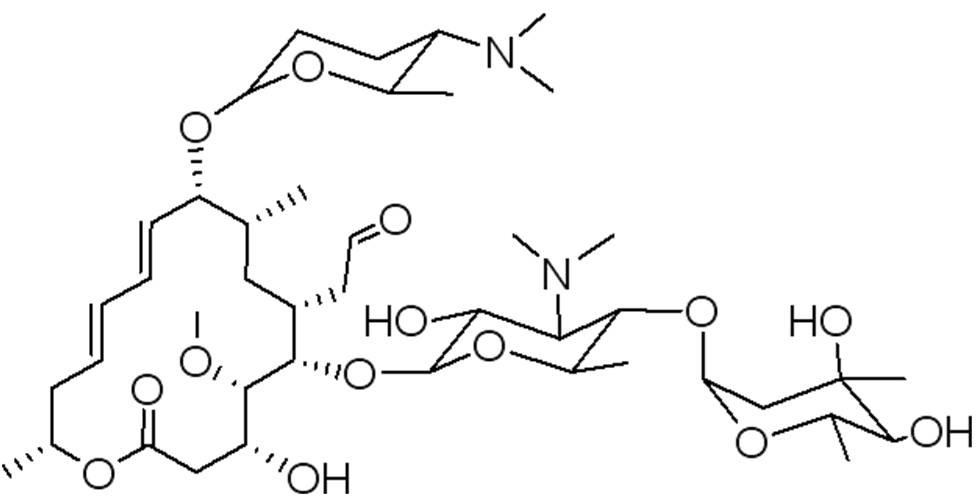 Spiramycin is a broad-spectrum macrolide antibiotic effective against gram-negative and gram-positive bacteria as well as some Toxoplasma parasites. Spiramycin is a mixture of spiramycin I, II, and III and has been used to study sepsis in mice.