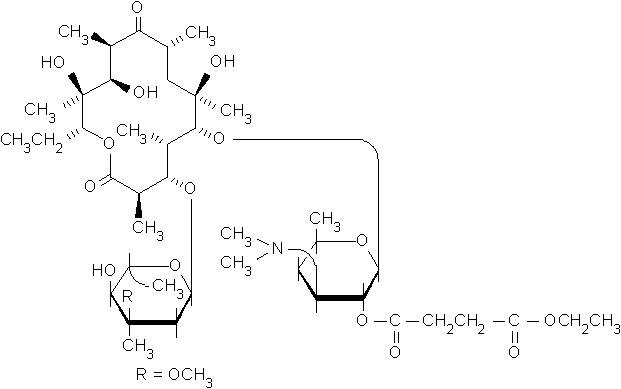 Erythromycin ethylsuccinate is a macrolide antibiotic with a target spectrum similar to that of penicillin. It has shown high efficacy against Mycoplasma pneumoniae and Legionella pneumophila. Additionally, it has been used to study erythromycin-resistance bacteria, down-regulation of motilin receptors, and mutations on the omsA and firA genes. Erythromycin ethylsuccinate is freely soluble in organic solvents.

Storage/Handling: Store in a dry and well-ventilated place. This product is light sensitive and soluble in most organic solvents.