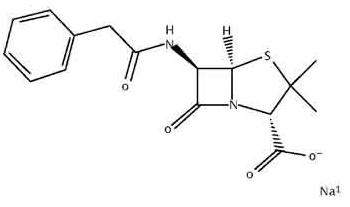 Penicillin G is a β-lactam antibiotic produced by the Penicillium fungus. It has shown efficacy against a variety of Streptococcus species as well as non-penicillinase producing Staphylococcus species.