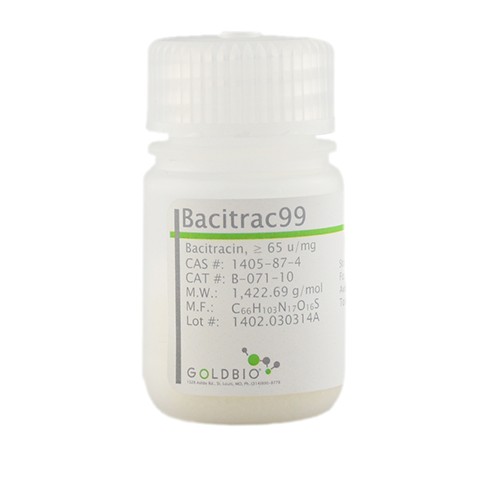 Bacitracin targets the cell wall of gram-positive organisms such as Streptococcus pyogenes and Staphylococcus aureus. Bacitracin also functions as a useful tool to distinguish between group A and group B β-hemolytic Streptococcus species, which are susceptible and resistant, respectively.