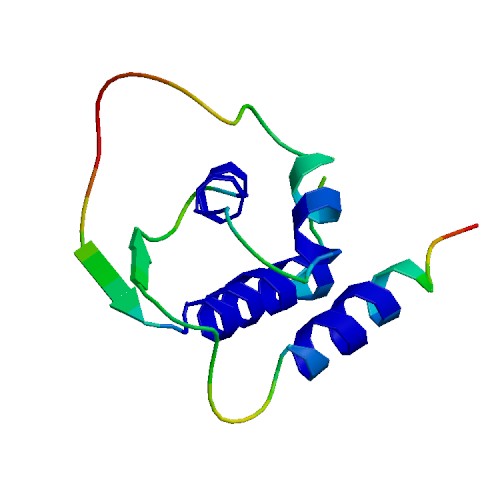 Interleukin-13 (IL13) is expressed by the IL13 gene and secreted by many cell types, especially type 2 helper T-cells (Th2). The high solution form of IL13 has been reported to be a monomer with two internal disulfide bonds that contribute to its bundled four F-helix configuration. Targeted deletion of IL13 in mice resulted in impaired Th2 cell development and suggested an important role for IL13 in the expulsion of gastrointestinal parasites. IL13 exerts anti-inflammatory effects on monocytes and macrophages, and it inhibits the expression of inflammatory cytokines such as IL1β, TNF-α, IL6 and IL8. IL13 has also been shown to enhance B-cell proliferation and induce isotype switching, which results in an increased production of IgE. Mature rhesus IL13 shares 95%, 59% and 60% amino acid sequence identity with human, mouse, and rat IL13, respectively.

Sterile Filtered White Lyophilized Powder. Purified and tested for use in cell culture.