Every day scientists in laboratories across the world sit at their desks and painstakingly design experiments in the hope of making a discovery that will change how we think about a biological process. Because biological processes such as enzymatic activity are dependent on pH, one critical aspect of the experimental design is choosing a buffering system that will help maintain a stable pH without altering the results.

And, often, it is the choice of buffer that makes or breaks the experiment. It is possible that the buffer you are using in your lab might be the reason your experiment is failing. Here, you will find how a buffering system works, a description of the characteristics of a good buffer and a list of possible applications and characteristics of the most commonly used biological buffers.

What is a buffer?

A buffer consists of a weak acid (proton donor, HA) and its conjugate base (proton acceptor, A -). In water, HA can dissociate into A- and H+. H+ then reacts with water to form H3O+. In the aqueous buffer solution, H3O+, HA and H+ exist in equilibrium with each other. The buffering mechanism consists of two reversible reactions where the concentration of proton donor and proton acceptor are equal. 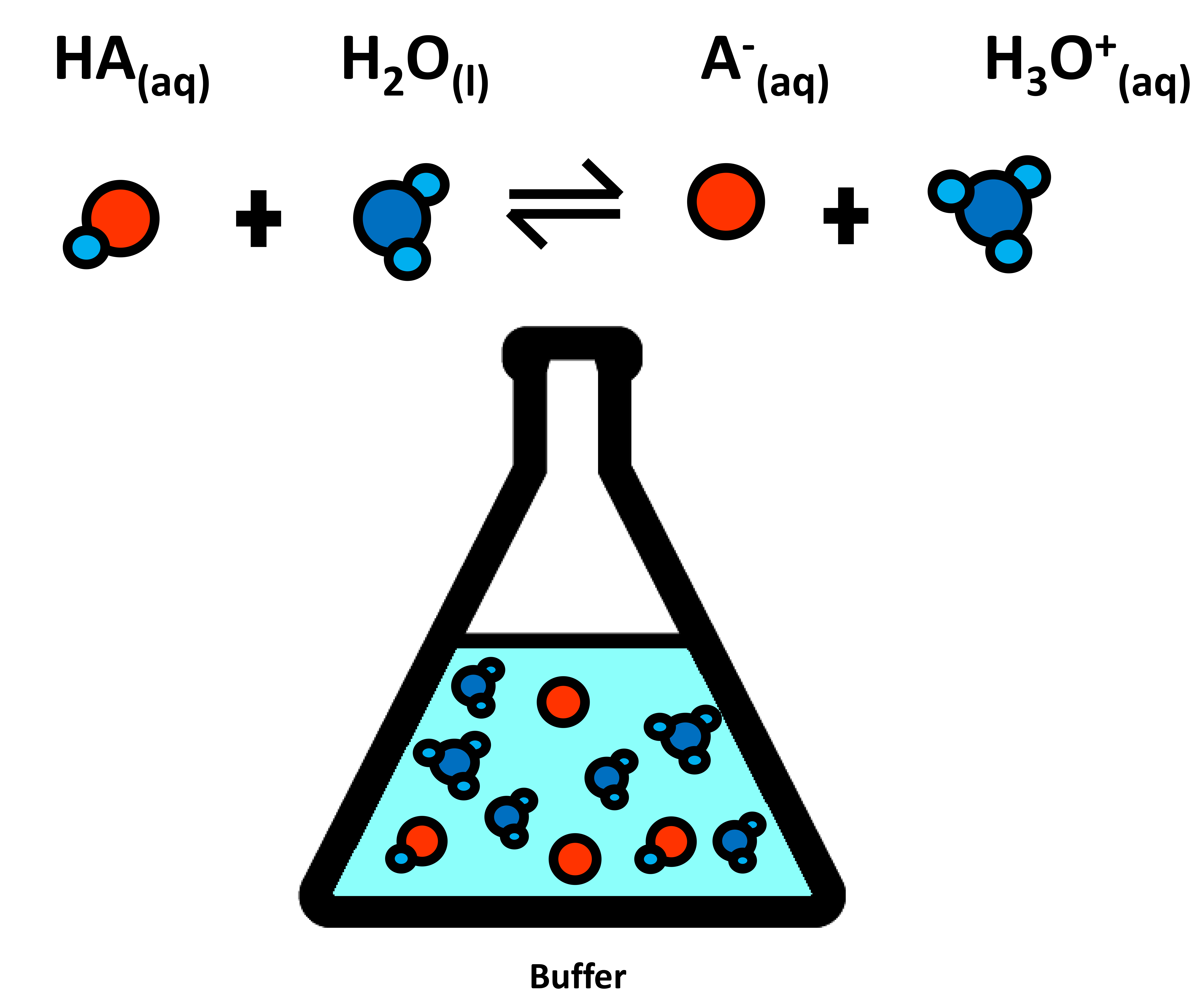 Then, when a strong acid or base is introduced into this system by the scientist or by enzymatic activity during the experiment, the new ions from the introduced acid or base (H + or OH-) are absorbed by the buffer and the pH remains stable preventing changes in protein structure and function.

Buffers cannot arbitrarily moderate any changes in ion concentration. Their optimal buffering capacity, or range, is defined by the dissociation constant, or ka, of the acid. We commonly discuss buffering capacity in terms of the pKa or the logarithmic constant of ka. We consider the buffering capacity of a specific buffer to be the pKa ± 1. For example, a buffer with a pH of 6.8 has a pH buffering range of 5.8-7.8.

What is a Good biological buffer?

Years ago, scientists performed biochemical experiments with inadequate buffers that greatly limited the impact of their research. These buffers exhibited high cell toxicity and could not support enzymatic activity throughout the procedures. Then, in 1966 Norman E. Good and his team designed a series of buffers specifically for biological research with the following characteristics:

What are the most common buffers and how are they used?

The characteristics considered by Good and his team are a good starting point when choosing the buffer for your specific experiment. Here, we are including a Biological Buffer Selection Guide (click here or scroll down for the PDF) containing a list of the most common biological buffers and the specific techniques and experiments they are used for. We are also including a description of their properties including pH, buffering range, metal binding capabilities, advantages and disadvantages and links to the protocols for the stock solutions.

In addition, we are including a Guide (click here or scroll down for the PDF) of the most commonly used buffers in the lab describing their pH and composition.

What is a Biological Buffer and How to Choose the Best Buffer for Your Experiment
Every day scientists in laboratories across the world sit at their desks and painstakingly design...

How to Pronounce Biological Buffers by GoldBio
It is an inherently human trait to look for patterns in objects or things that we can personalize or...
Buffers Through Time: How Buffers Progress Alongside Research
Buffers are a class of solution-stabilizing molecules which existed long before contemporary lab t...
20 Answers to Important Proteinase K Questions – Plus Free Printable Fact Sheet
A lot of questions pop up when it comes to using proteinase K, such as how to inactivate proteinase...