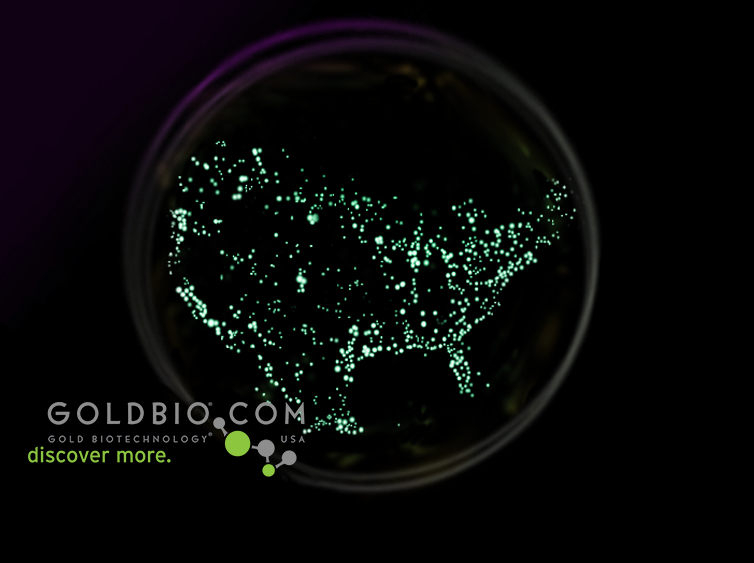 You don’t usually hear the word “beautiful” when discussing bacteria, but a trend among microbiologists has turned microbes into aesthetic wonders. A number of projects have repurposed bacteria for art. In one competition, the Agar Art Contest, scientists become artists by creating "paintings" with cultured bacteria and other microscopic organisms. The annual contest results in scientific "art" that is in every aspect beautiful.

Because anyone can appreciate a bit of innovation – scientific or artistic – we’ve decided to browse the theory of this inventive competition, expanding our perspective on the surge of petri dish paintings. We’ll conclude with strategies for how you can contribute to the art form.

Raise your monocles and magnifying glasses; let’s get cultured!

The American Society for Microbiology has held its Agar Art Contest for several years, encouraging competitors from around the world to express their artistic side through scientific modes. Members of the ASM create images on agar plates or similar artistic “media” with a palette of microbials like bacteria, fungi and yeast. The aggregation of microorganisms produces unique paintings that last as long as the colonies thrive.

Experts, students and hobbyists have participated in the competition. Some pieces are the collaborative projects of artists and research scientists blending their expertise. One example of cooperation came from microbiologist Dr. Mehmet Berkmen and artist Maria Peñil Cobo, a pair that matched complimentary skills to create 2015’s winning plate, “Neurons.” Other paintings are the work of entire lab teams that integrate distinctive organisms into pictures.

Agar paintings are judged on artistic presentation, originality and the artist’s scientific assessment of their culture. Guidelines are given for sizing but also safety, as some organisms can be hazardous if not treated with laboratory precaution. Any type of microbe and agar can be used. Minimal editing is suggested to prevent images from being unfairly enhanced, but the submissions become more impressive each cycle. Past examples of the art include a bacterial rendering of “Starry Night” by van Gogh. Another imitated Monet’s “Water Lilies.” Many artists generate original images as well.

This year’s winner was a stained plate of yeast rather than bacteria, but the art of Jasmine Temple and her colleagues was no less beautiful than an organic spread of bacterial colonies. Her process stippled nanodroplets of pigment-encoding baker's yeast on an agar plate. The media retained each drop’s position in a geometric landscape, producing an ocean-side sunset of pinks, blues and yellows. Although featured pieces may only survive a few days, the impact remains; the distinct tones dividing “art” and “science” coalesce in a new color.

Painting with bacteria isn’t entirely novel. Sir Alexander Fleming, the scientist responsible for discovering penicillin in the 1920s, began making “germ paintings” of bacteria during his career as a microbiologist. His use of pigmented strains as paint and lab loops as brushes didn’t attract much recognition at the time, but his pieces included portraits and cartoon-style images.

This passion may have led directly to the detection of his now famous antibiotic. A particular agar plate by Fleming demonstrated the bacteria-killing activity of Pencillium fungus. Another culture infused with nasal mucus showed similar activity and generated the theory of human lysozymes. Association to these discoveries make Fleming’s microbial paintings historically valuable to both fields.

In more recent years, laboratory technicians and artists alike have fashioned similar plates for the Agar Art Contest. The process remains based in microbiology. Participants must consider the organisms they’re using; species of bacteria require differing nutrients to successfully colonize a plate. Strains may also grow at asymmetrical rates or proliferate over one another if left unsupervised. Art and science must therefore be carefully coordinated to produce the most successful, aesthetically pleasing cultures.

ASM isn’t the only organization participating in the microbial art era. A collection of scientists provide material for Microbial Art, an online gallery and source of purchasable agar art. While some contributions are like those in the ASM contest, others expand the approach to microbial creations. Some artists feature organic patterns of bacteria imaged in adaptive response configurations. Another gallery uses colored agar to draw relief images of other macroscopic organisms like insects and birds. Bioluminescent bacteria bring further light to the mode. Beyond bacteria, eukaryotic algae and slime molds are employed to create “bioglyphs,” images composed of natural growth patterns. Every artist expresses individual talent and style; the final product is a microbe-based art museum.

Individuals also cultivate their own bacterial art displays. Zachary Copfer is a “bacteriograph” artist, a past microbiologist who discovered his passion for this specialized technique during his photography MFA program. The first step of the photo-printing process manipulates a culture of fluorescent protein E. coli or Serratia marcescens covering the plate. Radiation sterilizes some bacteria to imprint a photo negative on the gel. The true image is revealed after surviving colonies expand, and an acrylic-resin solution immobilizes them. Copfer uses this method to bacteriograph visuals of space as well as scientists like Albert Einstein. Similar to the ASM and Microbial Art projects, Copfer’s intent for bacteriographing is to reverse the division between art and science, annulling the boundaries posed on these fields.

Any curious researcher must now be wondering how they can participate in the microbial art trend. We have a few suggestions for how you can successfully (and safely) turn your agar gels into a canvas suited to bacterial painting.

How to raise a proper culture:

Your basic necessities are a petri dish for holding medium, agar, and inoculation loops. For your culture, you can purchase weak strains of bacteria like E. coli, fungi or yeast. Alternatively, swabs can be taken from objects or body parts to cultivate environmental species, though predicting what these colonies will look like is difficult. Relevant agar medium should be bought to adequately support whatever strains you’re raising.

If you have the resources to do so, bacterial color and luminescence is easily influenced. Low-demand genetic engineering can produce fluorescence and vibrant pigmentation. Heat shock transformation methods stress your bacteria with high temperatures, inducing their absorption of DNA additive in their environment. Kits provide the substances necessary for this technique, but equipment like centrifuges and incubators are also necessary. These are available to the average lab tech, but an artist home-growing their paintings must buy new or used machines.

Prepared microbes are collected and spread onto the agar layer surface. For artistic purposes, manipulate the growth pattern by applying them in the shape of an image. After application, allow a few days of growth. You can check progress at daily increments to decide when the image has been most accurately rendered. When you’re satisfied with the picture, seal the agar’s contents with epoxy. An oxygen seal prevents aerobic growth among bacteria and thus preserves your image.

As previously mentioned, creating agar art is possible outside of the laboratory setting. A cheap set of petri dishes, agar and swabs can produce a microbe painting. One consideration is an incubator. Because bacteria grow more readily in the heat, having a machine or environment that warms the agar plate will produce the best results. Incubators will also prevent unwanted strains from contaminating your art piece. If you don’t have an incubator, leaving the plate covered in a heated room should induce the same effect.

Safety precautions are recommended even when you’re working with household bacteria swabs for your cultures. Don’t unnecessarily expose yourself to whatever strains take up residence in your plate – you never know when a dangerous colony has occupied your colorful art experiment. Bacteria purchased from a manufacturer will come with safety instructions; read these to prevent any unsafe painting practices.

Keep in mind the different environmental and behavioral characteristics of each microbe you incorporate. Keep in mind that agar recipes differ depending on microbe, so some strains are not compatible with others. There are also varying rates of pigmentation between species. Some become vibrant upon generation while others require chemical processes to color. More advanced techniques engineer the protein expression of microbes to induce unnatural coloration or fluorescence.

Many types of bacteria, fungi and yeasts have entered the palette of agar art. Here are a few naturally colored microorganisms that can accentuate the aesthetic appeal of your project:

Art can be integrated into science to craft remarkable projects and raise awareness of the research being conducted. Adding a bit of excitement to your agar promotes public interest in how microbes are being studied. The art grows not only bacteria but conversation – the general fear of bacteria is transformed into intrigue, sometimes even adoration. This is positive coverage for microbes as well as their human counterparts, researchers.

A few days of microbial growth is all it takes for a scientist to become an agar artist. Next time you have an extra plate, some viable bacteria and a few hours of time, you might consider making your own painting. If you’re inspired to join the artistic movement, share your creations with us!

For more on the relationship between art and science: Art and Science: An Eternal Relationship

Unconventional Uses of Microbes: How Bacteria Becomes Art
You don’t usually hear the word “beautiful” when discussin...
How to choose the right Agrobacterium vector for plant transformation
One of the key factors influencing an Agrobacterium-mediated gene transformation is the vector sel...
Five Tips To Make Your Research Antibiotics Last Longer
How do you make research antibiotics last longer? This is a common question in the lab, and research...
Behind Honey's Healing Power
For a few millennia, mankind has used honey as food and a healing agent without knowing how it worke...