Sharing with your pets: zoonotic disease and anti-microbial medicines We normally wouldn’t consider our own pets as risks to our health. When parasites become involved, however, we must take some precautions around the animals we’ve adopted into our families.

Unlike Lyme disease, though, treatment for Powassan has not yet been developed. This can potentially put pets and their human companions at risk.

Awareness of potential disease transfer can protect you and prevent a pet’s illness from being overlooked. In the case that one or both of you has contracted such a pathogen, antibiotics or other medications are employed to reduce the microbial invaders. Pets therefore share both pathogens and medicines with their owners – how generous of them!

Our cats and dogs pose minor risks as disease vectors, but those more likely to contract zoonotic diseases are recommended to practice caution if they interact with unfamiliar animals. People with low immune systems, the elderly and young, those with chronic diseases and developing fetuses are more predisposed to contracting zoonotic disease.

The transmission of Powassan virus resembles other parasite-vectored zoonotic illnesses in its method of transfer and rarity, but the limited frequency of infection unfortunately restricts samples for medical research. Intravenous fluid and anti-inflammatories are used to mediate the infection, but no medicines or vaccines currently exist for the RNA virus, which can be transmitted 10-15 minutes after the tick bites its host.

With an incubation of 1-4 weeks, Powassan is related to and exhibits similar symptoms to West Nile Virus and tick-borne encephalitis viruses. Fever, vomiting, weakness, loss of coordination and seizures proceed lasting neurological damage in 50% cases; fatal encephalitis and meningitis occur with 10% of infections.

Powassan demonstrates the potential dangers of zoonotic disease. Profiling the differences between zoonotic pathogens promotes understanding of how they infect our pets and, through extension, us. Such inquiry has helped researchers develop effective treatments for the following zoonotic diseases: Lyme disease, dermatophytosis, toxoplasmosis and salmonella.

If you live in a rural area or near forests, you’ve undoubtedly heard of Lyme disease. Transferred to humans from ticks, Lyme disease is easily carried into the home by outdoor pets who might pick up Ixodes scapularis native to Eastern and Midwest U.S. The tick, which parasitizes white-tailed deer, mice, birds, and other organisms, often carry the bacteria Borrelia burgdorferi ingested from a previous host. This bacteria can then be transferred to the new host after 36 or more hours of attachment. Borrelia burgdorferi cannot be directly spread between animals but requires a parasitic vector to carry it. Unlike the rare seven annual cases of Powassan, 30,000 people report contracting Lyme disease every year.

Early stage Lyme disease is treated with the same antibiotics in humans and pets. Broad spectrum antibioic doxycycline is a semisynthetic tetracycline which inhibits matrix metalloproteases, preventing protein synthesis in the bacteria. Alternatively, amoxicillin or cefuroxime axetil may be prescribed; both medications are extended-spectrum ß-lactam antibiotics, effective against gram-negative and gram-positive bacteria by promoting cytolysis.

Lyme disease avoidance aligns with reducing exposure to the ticks that carry it. Anti-parasitic treatments on the yard, pet and owner all but eliminate the potential for ticks to make contact. Regular hygiene of pets and their bedding limits the likelihood they contract Lyme disease from long-attached ticks or drop the parasites in your home. Pet turtles may not look threatening, but they can carry another dangerous bacterium: Salmonella, a microbe found in animals as well as contaminated food. Carrier species for the gram-negative Salmonella bacterium include reptiles, amphibians, birds, rodents, cats, dogs, and farm animals – basically everything you could legally own. Salmonella is shed in waste. Unintended consumption of the bacterium occurs after contact with the infected animal, their living space or waste transfers the microbe into the human host’s digestive system. This can be through unwashed hands touching the mouth or food ingested by the unaware pet owner.

Most animals don’t display symptoms after infection, but chronic disease exhibits the same in pets and humans. Some reactions to the bacteria include diarrhea, fever, fatigue and abdominal pain. Different strains have varying epidemiology on host species. Clinical disease syndromes manifest in humans: Salmonella Typhi and Salmonella Paratyphi produce typhoid in humans. Salmonella Typhimurium and Salmonella Enteritidis cause gastroenteritis.

Depending on antibiotic resistance displayed by certain strains, treatment will vary. Ampicillin is an extended-spectrum β-lactam that targets non-ESBL (Extended Spectrum β-lactamase) bacteria’s penicillin-binding proteins to produce the same membrane weakening that treats Lyme disease. The bactericidal antibiotic trimethoprim can also be used as the inhibitor of prokaryotic dihydrofolate reductase to prevent DNA synthesis in the bacteria. Also common is tetracycline, an antibiotic preventing aminoacyl-tRNA from attaching to A-sites, thus preventing protein synthesis. Other antibiotics in resistant strains include fluoroquinolones and third-generation cephalosporins. Glucocorticoids are also administered in severely symptomatic animals.

Young children, older individuals and those with weakened immune systems are most at risk of salmonella infection, but it’s not unlikely for healthy people to also contract the bacteria. Because of this, it’s safer to wash your hands after contact with high-risk animals like reptiles, amphibians and poultry. The same goes after touching their living spaces or stool. You can remove Salmonella by consistently cleaning your pet’s living environment.

No one likes cleaning litterboxes, but many cat owners don’t know the dangers hidden within. The single-celled Toxoplasma gondii intracellular parasite is transferred only from cats, the host species in which the parasite completes its life cycle. This alveolate is consumed by cats when they eat the cyst-infected flesh of rodents or other small animals. Most cats will not display any symptoms of infection, but they expose us to the pathogens through their waste. As with the previous disease, infected feces can transfer the parasite to new hosts if the material contaminates food or is unknowingly ingested, the same route as Salmonella. Toxoplasmosis affects a high number of the population – above 30 million U.S. citizens are projected carriers. Despite its frequency, the disease only produces symptoms in those with low immune systems. It can have dire consequences for the fetus of an infected woman, the parasite passing from mother to child. It colonizes the digestive tract and spreads to other organs including the heart, eyes and brain where it can remain dormant.

Toxoplasma gondii exploits dendritic cells to subvert the immune signaling pathways; it travels through the body producing pro-inflammatory cytokines while it presents its antigens. Those with symptoms have headaches, malaise and fatigue. Lowered immunities result in fever, disorientation, seizures and central nervous system disruption. In some cases, toxoplasmosis causes encephalitis. Infected fetuses with congenital toxoplasmosis have eye problems and developmental delays.

Treatment for persistent, symptomatic toxoplasmosis targets the parasite. Pyrimethamine, a dihydrofolate reductase inhibitor, is paired synergistically with sulfadiazine or clindamycin. Sulfadiazine is a sulfonamide antibiotic inhibiting the enzyme dihydropteroate synthetase. Clindamycin, a lincosamide antibiotic, binds to the 50s ribosomal subunit to prevent ribosomal translocation and protein synthesis. Combined, these medications block the parasite’s enzyme production to reduce colonization in humans and cats.

Preventing infection in your cat hinges on their diet. If keeping your cat indoors is not an option, dissuade them from hunting and feed them store-bought products to reduce their exposure. If you can’t dissuade your pet’s hunting instincts, it’s more likely for them to be a carrier. Their litter box is therefore your new battleground. When cleaning it, take the normal precautions: wear gloves, avoid touching your face and wash your hands after.

Dermatophytosis, better known as ringworm, is a common zoonotic disease produced by 40 different dermatophyte fungal species, many transferable by cats and dogs. Trichophyton, Microsporum, and Epidermophyton genera are most easily contracted by humans. Contact with fungal spores from infected skin and hair tissue has spread the condition to an estimated 20% of the human population.

Ringworm is highly contagious and causes hair loss in animals, red rings apparent on the exposed skin. These rings, which appear more obviously on humans, may eventually cause lesions and lead to skin infection. Following visual identification, ringworm is diagnosed through skin biopsy, fungal culture or ultraviolet light.

Medication depends on the condition’s severity. Lesser cases involve shampoo or ointment with anti-fungal elements, so a pet’s bath/owner's shower is the site for treatment. This method eradicates fungi from sites in the skin and hair. Popular constituents include Clotrimazole, Miconazole and Ketoconazole. These are broad-spectrum imidazole antifungals that target fungi membranes to inhibit ergosterol synthesis and increase cell permeability.

Oral medication is used for severe ringworm, incorporating triazole antifungal agent Itraconazole with the same mechanism. Griseofulvin is another ingested medication that targets microtubules, interfering with mitosis and nucleic acid synthesis in the fungal cells.

Neither you nor your pet will find ringworm in the environment around your home, so acquiring it requires exposure to another infected animal or person. Ringworm prevention between owners and pets is simple: vacuuming, regular bathing of pets and washing bedding will reduce transfer risk in the case of infection.

It’s good practice to monitor your pets for illness and have them screened for diseases you may not notice. In most cases, the zoonotic diseases they have can be treated through veterinary medicine. To prevent such pathogens from passing to you or your family, regularly groom and wash your pet, safely dispose of their waste and clean their bedding. Further precautions involve separating food, using parasite-control products and taking your pet to veterinary check-ups.

Humans and companion species receive similar antibiotics, anti-parasitic and anti-fungal medications to treat zoonotic diseases. Medical research has produced these cures by disclosing the transfer, operation and weaknesses of zoonotic pathogens. We can anticipate similar studies on Powassan which will provide a solution for this disease. Until then, take the necessary steps to protect yourself and pets from zoonotic disease so you can share health rather than pathogens. 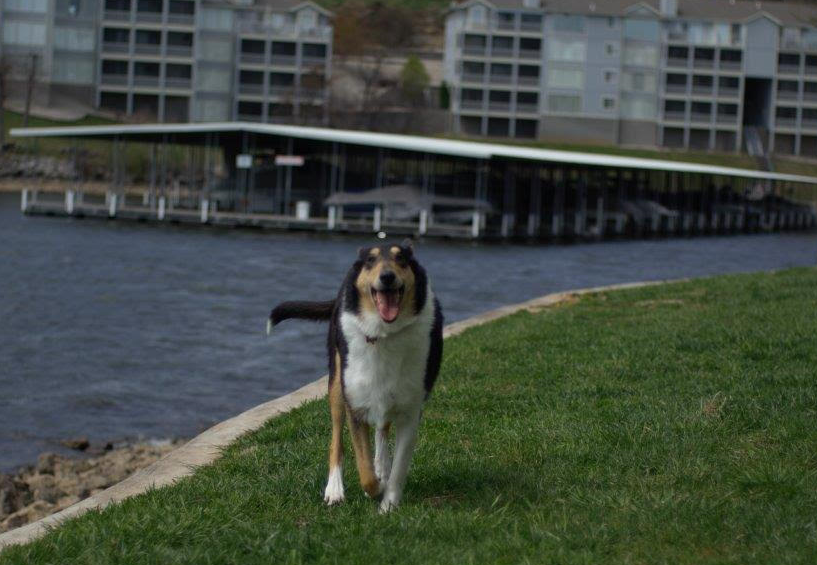 Sharing with your pets: zoonotic disease and anti-microbial medicines
We normally wouldn’t consider our own pets as risks to our health. When parasites become involved,...
How to choose the right Agrobacterium vector for plant transformation
One of the key factors influencing an Agrobacterium-mediated gene transformation is the vector sel...
Behind Honey's Healing Power
For a few millennia, mankind has used honey as food and a healing agent without knowing how it worke...