Glowing Plants and Kickstarter- Where Science and Public Funding Meet

Earlier this month a very unique and very successful Kickstarter campaign wrapped up. If you haven’t heard of it by now, kickstarter.com is a crowd funding website where people like musicians, artists, or inventors can pitch an idea for say a new album, or an outdoor sculpture, or a new iphone accessory and ask the public for donations to help fund it. The person requesting money sets a goal of how much they need to get the project off the ground, usually covering the cost of materials or startup costs, and make their pitch as to why you would want to give them your precious funds. Usually people will include a video demonstrating their musical ability, or show the mockups for their new product, anything to get people interested. Many “creators” (as kickstarter calls them) will also use incentives to get people to donate at different levels, say if you give $5 to an artist you may get a personal thank you note, or for $10 you may get a code for an extra bonus track from an artist, or for a physical product your donation will count as a preorder. Using this model so far kickstarter has seen enormous success. According to the kickstarter website, over 43,000 projects have been successfully funded and people (backers in kickstarter lingo) have donated over 670 million dollars to these projects.

So what, you may be asking, does all this have to do with science? Easy, scientists need money too! With NIH funds being cut, and more and more scrutiny on grant applications, crowd funding sites can look pretty attractive to scientists with un-funded research ideas. In fact there are a number of websites that cater specifically to the scientific market, a few of the more popular being www.petridish.org and www.microryza.com. However the one downside in asking the public to funding scientific research directly (that we as scientists understand) is that good science takes a while, and the final results, while undoubtedly interesting and potentially groundbreaking, aren’t all that applicable to the general public’s day to day lives. Really, there are few incentives that scientists can offer to help make their project more appealing to the public. Some will offer lab visits, or a chance to participate in an experiment, or your name listed somewhere in the paper, but these will only attract a certain percentage of the public who are already interested in science and scientific studies. To attract the general public you need something better, you need an actual product you can give people. This is where we get to the part about glowing plants.

On June 6th 2013, the Glowingplants Kickstarter project wrapped up its fund drive by raising $484,013 from over 8000 backers, far exceeding the projects initial request of only $65,000. The researchers plan is to engineer the Arabidopsis genome to utilize the firefly luminescent system, theoretically giving the plants a light blue-green glow. This is one of the most popular and well-funded scientific kickstarter projects to date, and there are many reasons for this. The first is that the project itself is easy to conceptualize. A plant that glows in the dark is something that people can wrap their heads around easily, even if they don’t understand the exactly how it works. The second is that it was presented very well, with lots of great information, cool video demonstrations, and the creators did a lot to hype up their project. But the third and most crucial (and most controversial) reason this project was so successful, is that if you donated only $40, you would receive your very own glowing plant seeds. This was the way in, and it’s exactly what the founders of the project Antony Evans, Omri Amirav-Drory, and Kyle Taylor wanted to prove, that if the public can get their hands on the results of this type of project, they are more understanding and are more likely to donate. This however, is also what caused many problems for the project.

What the researchers are doing, making plants glow, is not a new or groundbreaking idea. In 1986 a research team from UC San Diago engineered a tobacco plant that expressed firefly luciferase that you could make glow by “watering” them with luciferin, and another team from St. Louis in 2010 engineered a tobacco plant to utilize bacterial luminescent systems. But this is the first time a genetically engineered plant will be distributed to the public without regulation, and many people from both inside and outside science are concerned. Some believe that while glowing plants may seem benign, the main concern is because these seeds aren’t regulated by any one governmental organization, that it could lead the way for the release of other transgenic organisms that have the potential to be harmful for people or the environment. These groups actively tried to stop the kickstarter project, and remove all funding from this group. Others worry that with as much publicity as it’s receiving, the Glowingplants project could turn out to be a PR disaster for the synthic biology community, and undermine other work in the field in the public mind. If the project is a flop, then it may end up leaving the public with a negative impression of the potentials for synthetic biology. The Glowingplants creators see it another way, that by making the process more open, and getting the public on board, they will be more willing to put money towards other synthetic biology projects in the future, and increase the acceptance of the field by making it more familiar. Only time will tell at this point who (if anyone) is correct, but all sides have a vested interest in either stopping or completing this project.

For now, the Glowingplants team is working hard on making their project a reality. They continually update their blog, facebook page, and twitter feed with new information, to fufill their goal of engaging the public in their project. Depending on the final success of this project, we may soon see a whole new crop of science projects on kickstarter, and who knows; maybe in the future we’ll all have a back yard full of lightly glowing plants.

For more information about the glowinplant project, their website is www.glowingplant.com, or their Facebook or Twitter accounts, or kickstarter.com for more info on the crowd funding site.

Glowing Plants and Kickstarter- Where Science and Public Funding Meet
Earlier this month a very unique and very successful Kickstarter campaign wrapped up. If you haven’t...
Publishing Failure in Science
I was sitting at a typical conference room table at a biomedical startup interviewing for an interns...
A Near Fragment of Scientific History in Your Hands with this Kickstarter
Major works of science during the 19th and 20th centuries are now yours to own in hand-crafted boo... 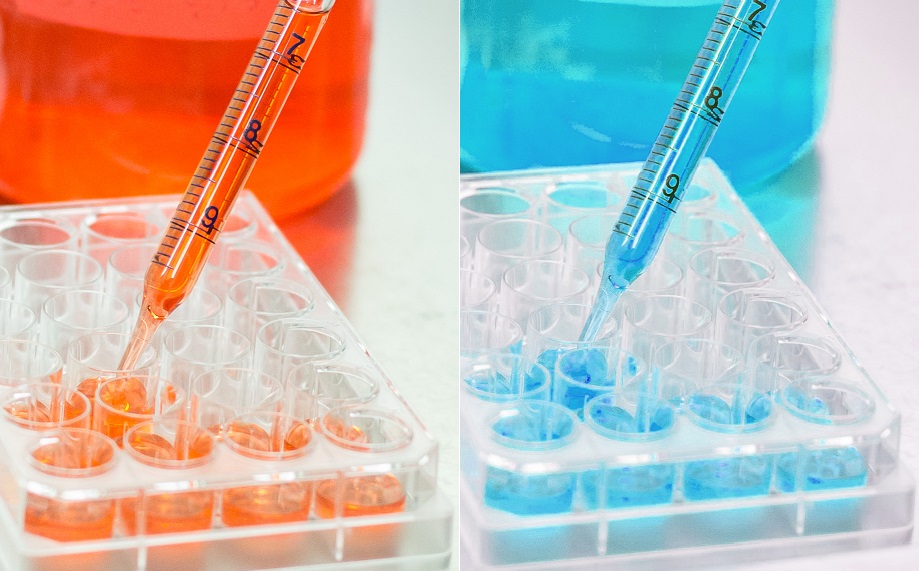 The 10 Cs to Publishing Quality Scientific Charts and Graphics
The pictures, graphics, and charts that you put into your scientific publication can make or break...