Genetic manipulation of bacteria, or “genetically engineering” bacteria, involves deletion of its genes and the introduction of foreign genes into the bacterial strain. This technique is a cornerstone of modern bioscience.

It is a central step in molecular cloning, providing fundamental support to all modern biotechnological advancements.

Further, from disease biology to ecology, wherever a gene needs to be deleted, inactivated, modified, or overexpressed to elucidate the function of it in any organism, scientists heavily rely on genetic engineering bacteria.

Importantly, all of these techniques are harnessed by scientists in the lab for academic or industrial purposes.

Transformation, transduction and conjugation in bacteria gene transfer occurs from the surrounding environment or organisms rather than from parent to offspring (i.e.., vertical transmission). This is known as “horizontal gene transfer” (HGT). 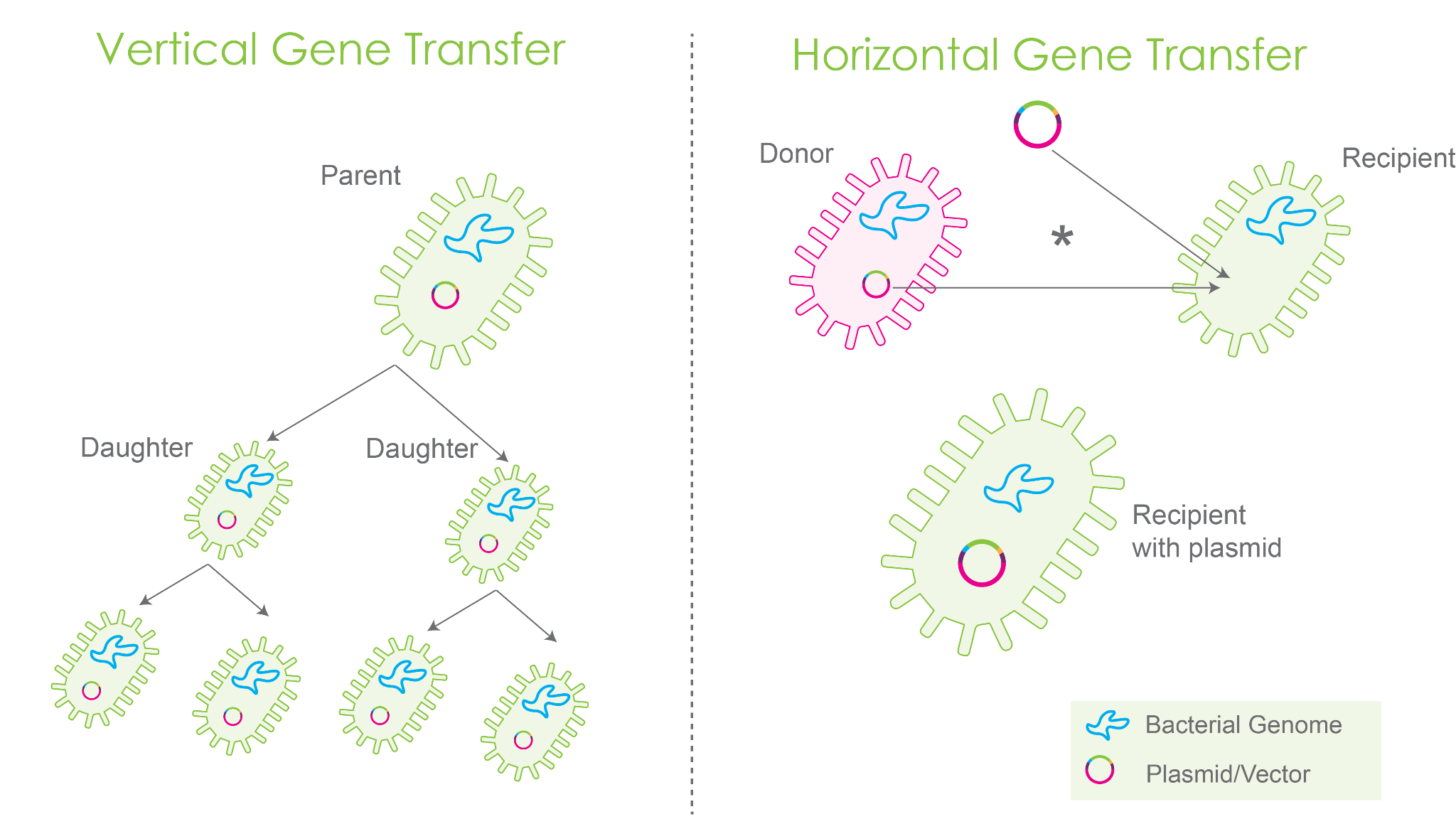 Figure 1 Representation of the difference between vertical and horizontal gene transfer. While genes are transmitted from parents to offspring in vertical transmission (left panel), genes are taken up from the surrounding environment or cells in the case of horizontal transmission (right panel). [*Genetic element transfer to the recipient from donor cell or surrounding environment]

During transformation, bacterial cells directly take up DNA elements from the extracellular environment surrounding them (Figure 2). In this process, due to the expression of such incoming DNA fragments, bacterial cells get genetically altered or “transformed,” hence the name.

In the lab setting, bacteria are treated so they become “competent” to undergo transformation.

By chemical (divalent cations), physical (temperature shocks) or electrical treatment, bacterial cells are made permeable to the incoming extracellular DNA. The DNA introduced into bacteria from outside is most commonly a plasmid. However, it can also be a linear DNA fragment carrying necessary sequences needed to be cloned in the recipient bacteria.

Figure 2: The mechanism of transformation

Transduction is the process where extracellular DNA is transmitted into a bacterial cell by a virus known as a bacteriophage (Figure 3). To clarify, bacteriophages are bacteria-infecting viruses. And scientists use this process to introduce new DNA fragments into the bacterial cell.

Figure 3: The mechanism of transduction

Option A: Viral genes may attach to specific sites on the host bacterium’s chromosome, forming a prophage. This comprises the lysogenic cycle of the phage.

Option B: Alternatively, the viral genes hijack the host cell’s replication and gene expression machinery, leading to preferential synthesis of viral genetic elements and gene products in comparison to that of the host. Further, the host’s chromosome is chopped off. This finally culminates in synthesis of numerous viral particles within the host bacterial cytoplasm.

Importantly, during this step (option B), sometimes host genomic fragments get packed in the new phage capsids instead, along with the viral genome.This has a probability of 0.1%.

3.Viral particles that emerge from the lysed cell with part of the cell’s genome in the viral capsid are called “transducing particles.” When such a transducing particle infects the next host cell, it injects into the host’s cytosol the fraction of genome it incorporated into the capsid from the previous host. This genetic fragment is now incorporated into the new host’s genome at the corresponding homologous site by recombination. Thus, the first host whose genomic fragment got transmitted is the “donor,” while the new host is the “transduced recipient.”

The process of transduction occurs in nature, and it is optimized and exploited by scientists to genetically manipulate bacteria.

Conjugation is the process where two bacterial cells come in direct physical contact with each other, and genetic elements are transmitted from a “donor” cell to the “recipient” cell. This ultimately genetically alters the recipient bacterial cell.

Figure 4: The mechanism of Conjugation

The donor cell produces a cell-surface multi-protein appendage known as pilus. This structure serves to attach and anchor the donor to a suitable recipient bacterium.

Conjugation enabled via a fertility factor

A fertility factor (F-factor) is encoded by the donor that enables it for conjugation. During the transfer, the F-factor is also transmitted to the recipient. Therefore, following conjugation, the recipient subsequently may serve as donor.

Recipient bacterial cells that have successfully undergone conjugation with the donor, and now have the required genetic element transmitted in them are called “exconjugants.” For molecular biology or genetic engineering purposes, the successful exconjugants can be easily selected for by plating on solid media that has the required selection pressure (antibiotic).This is depicted in figure 4.

A major advantage of conjugative transfer is that it can happen between two different genera of bacteria. For example, plasmids can be transferred from E. coli (donor) and P. aeruginosa (recipient).

Say, the plasmid transferrable by conjugation in this case confers resistance to aminoglycosides. Then, only exconjugants (P. aeruginosa with plasmid) will grow successfully on a plate with the gentamicin (antibiotic of aminoglycoside class) and nalidixic acid, an antibiotic of the quinolone class. E. coli has susceptibility to it while P. aeruginosa is resistant (Figure 5).

P. aeruginosa cells without the plasmid will survive the nalidixic acid pressure but will die out because of gentamicin. 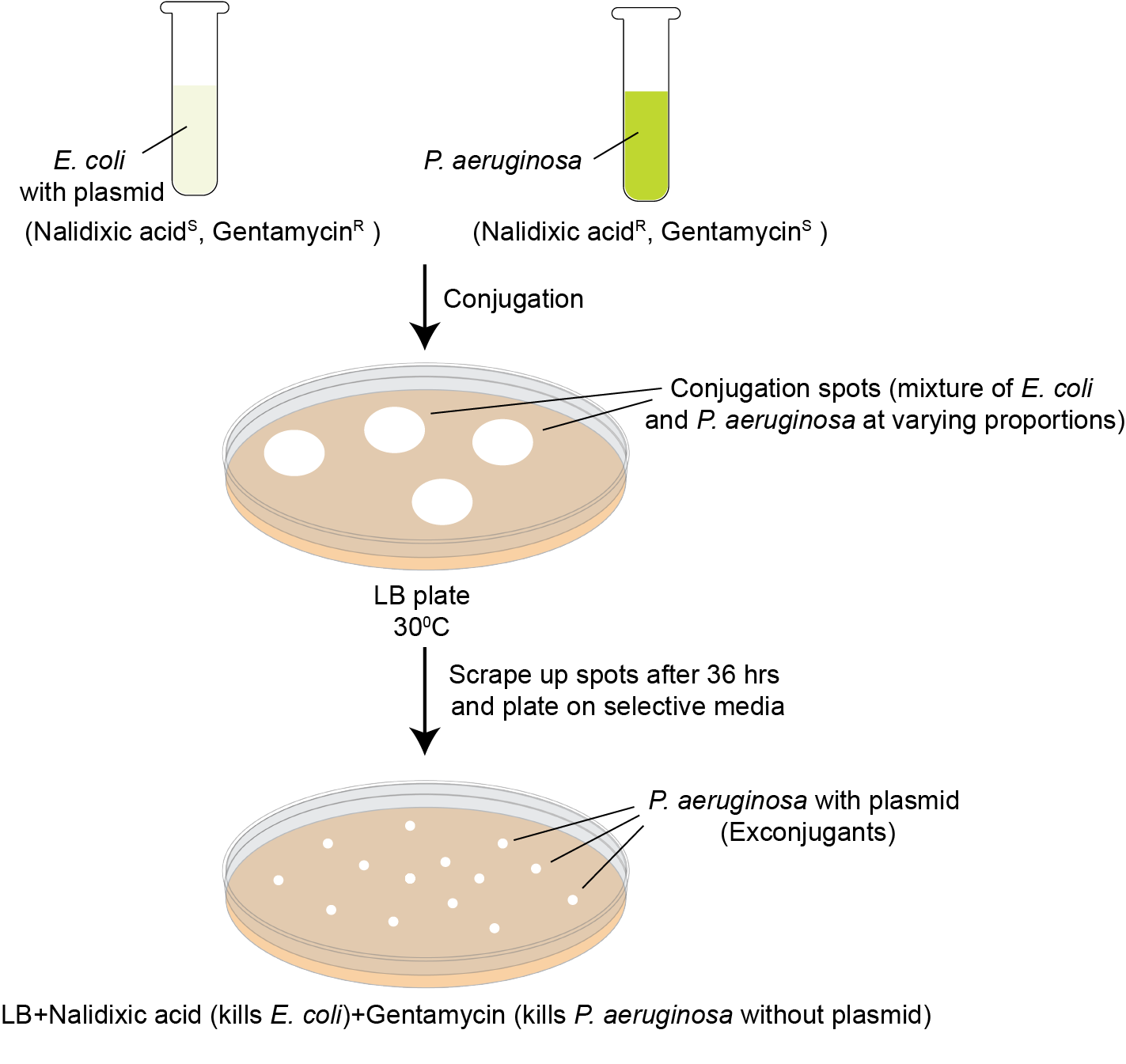 Figure 5: Representation of a conjugation experiment

Bacterial Gene Manipulation by Horizontal Gene Transfer (HGT)
Genetic manipulation of bacteria, or “genetically engineering” bacteria, involves deletion of its ge...
Guide to E. coli Genotype and Genetic Marker Nomenclature
Choosing the right competent cell line for your assay and achieving a successful transformation are...
16 Common Questions About Nourseothricin
This article gives you quick answers to some very common questions when working with Nourseothricin...
Western Blot Deep Dive: What It Is and How It Works
Western blot, also called immunoblot, is a commonly used technique for qualitatively and quantitativ...