21 Spectacular Views From Your Laboratory Window

The Institute of Neurobiology, located in Old Juan, Puerto Rico

This image was sent in by Mildred Camacho Feliciano, who said she gets this tranquil view from her lab, which relieves a lot of constant stress. This image was sent in by J. Robert Kane whose lab looks down at the East River in Manhattan. 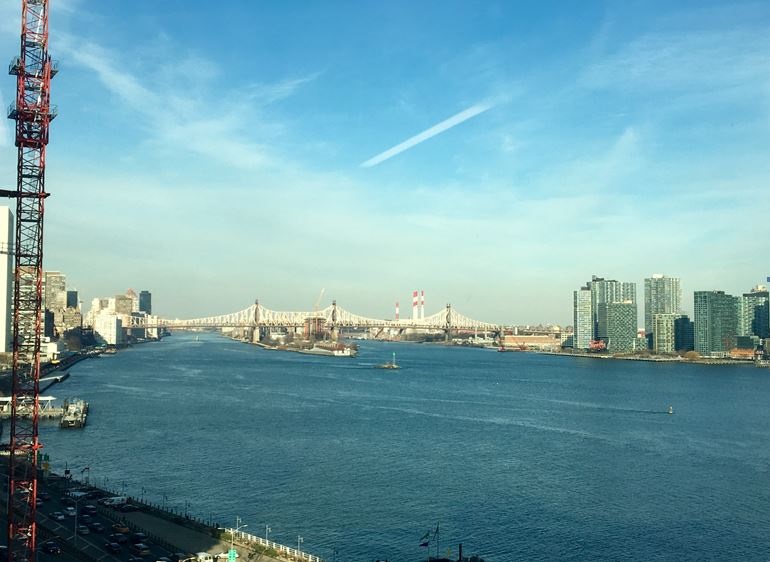 This image was sent in by Caitlin C. The Wisconsin Institutes for Medical Research in Madison, Wisconsin

These images were submitted via a Reddit user who said, "Occasionally, we will see a falcon fly around and perch on top of the building. In the winter, ice fishing shacks pop up on the lake ." The first image is from the lab, and the second is from the lunch room. 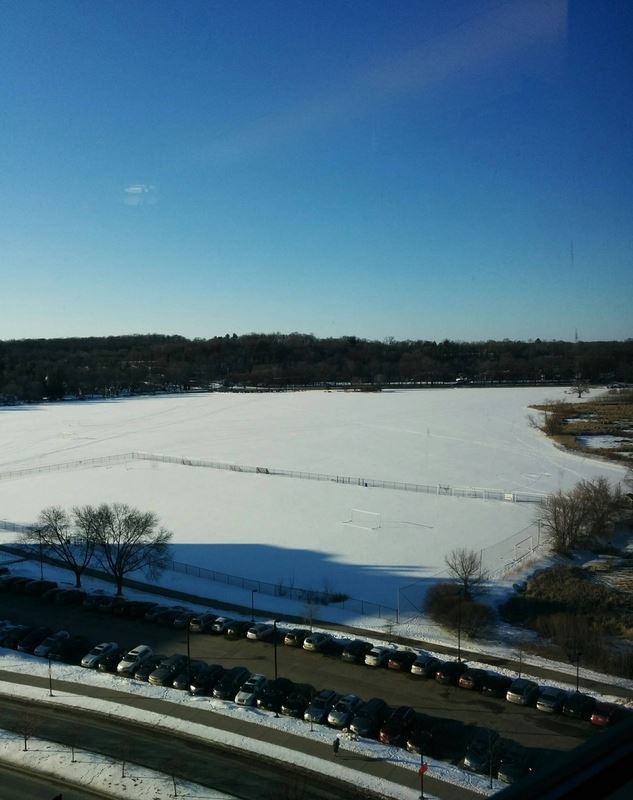 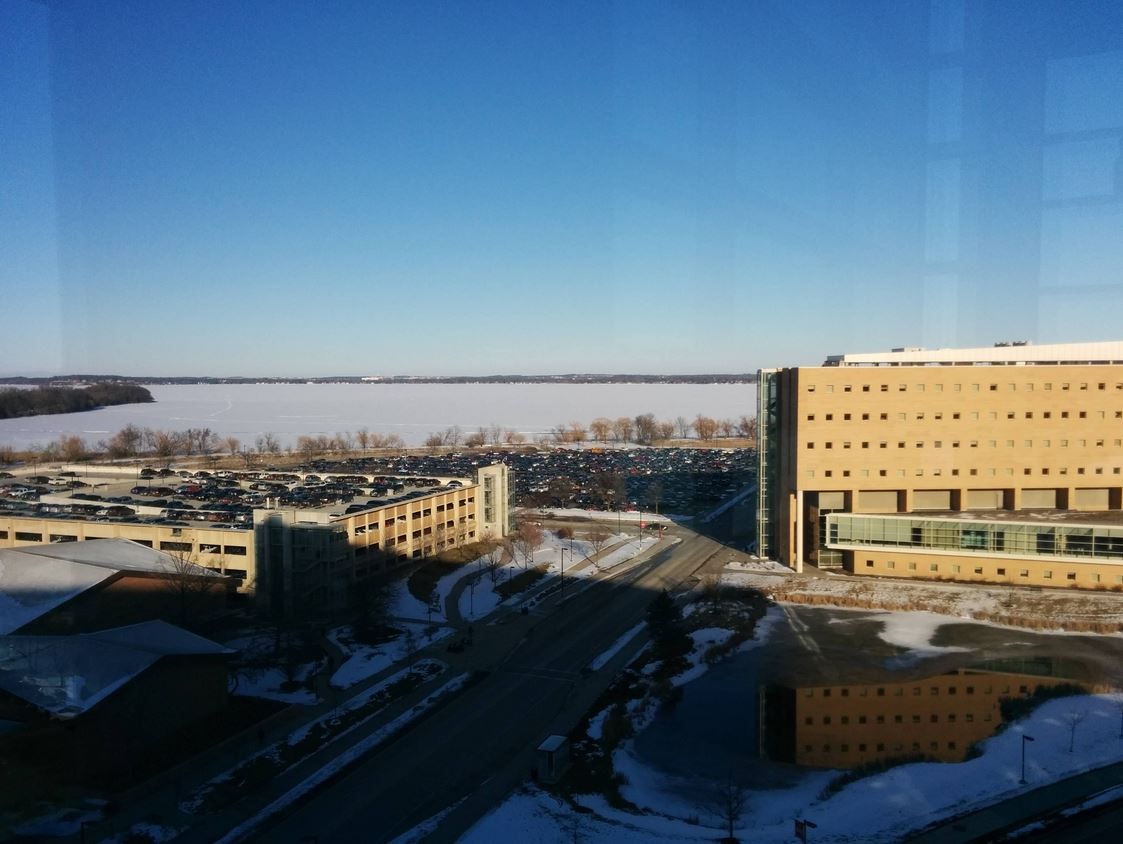 This image was sent in by Dr. Breanna A. Symmes who wrote, " The University of Colorado Denver Anschutz Medical Campus features three new research buildings, which soar up into the Denver sky to present a fantastic view of the Colorado Skyline. For those of us lucky enough to sit in the western-most building, we get a direct view of the Rocky Mountains at sunset." These images, sent in via Reddit, also capture amazing scenes from the Medical Campus. 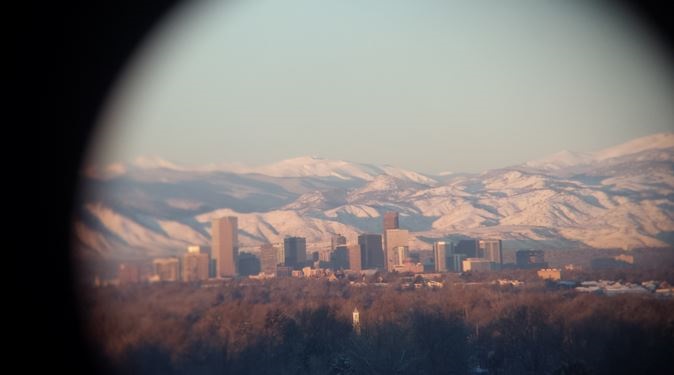 Finally, this image, sent in by Zachary Walker, is another fortunate researcher whose lab at Anschutz Medical Campus, gives him that downtown view of Denver and the Rocky Mountains. 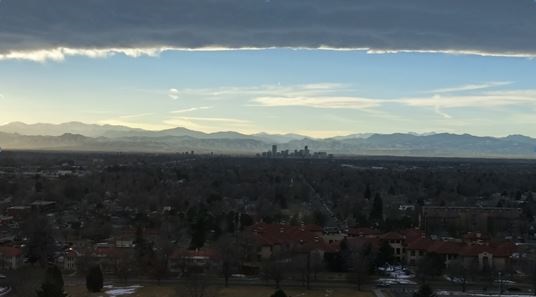 The Moran Eye Center and the Sorenson Molecular Biotechnology Building at the University of Utah. Joseph Skeate sent in this image, explaining that his amazing desk view lets him look over downtown Los Angeles sunsets. 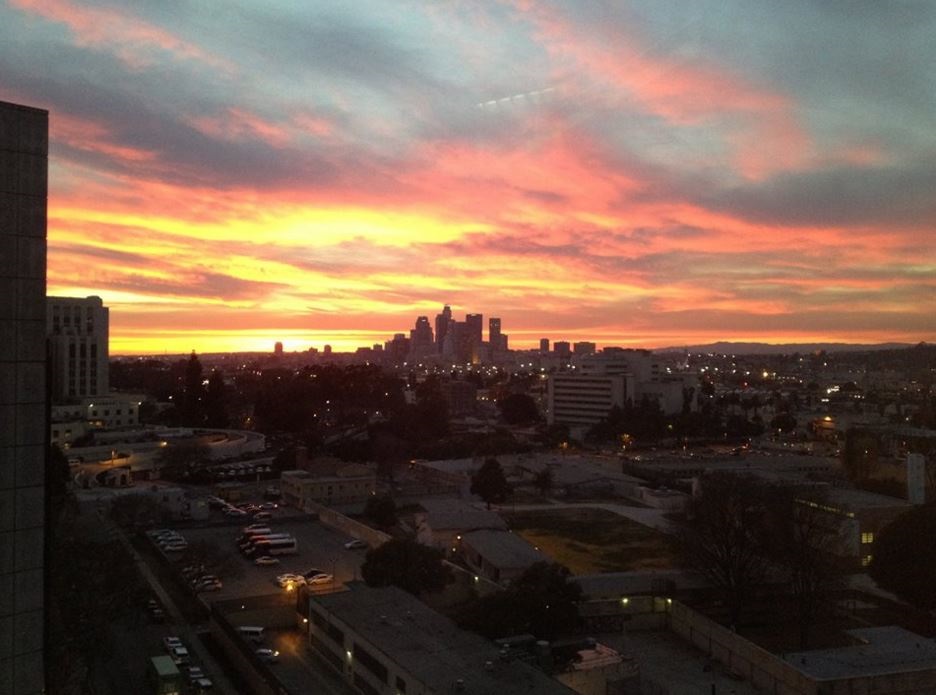 Center for Environmental Implications of Nanotechnology (UC CEIN) at the University of California, Los Angeles.

Dr. Olivia Osborne sent us several amazing images from her lab bench. She wrote in saying, " Day or evening – it’s a lovely view, but I have to admit that my favourite is the sensational sunsets. I have the pleasure of watching a magical, ethereal Californian sunset every day, which makes for a most perfect picture among the urban dystopia that is Los Angeles." 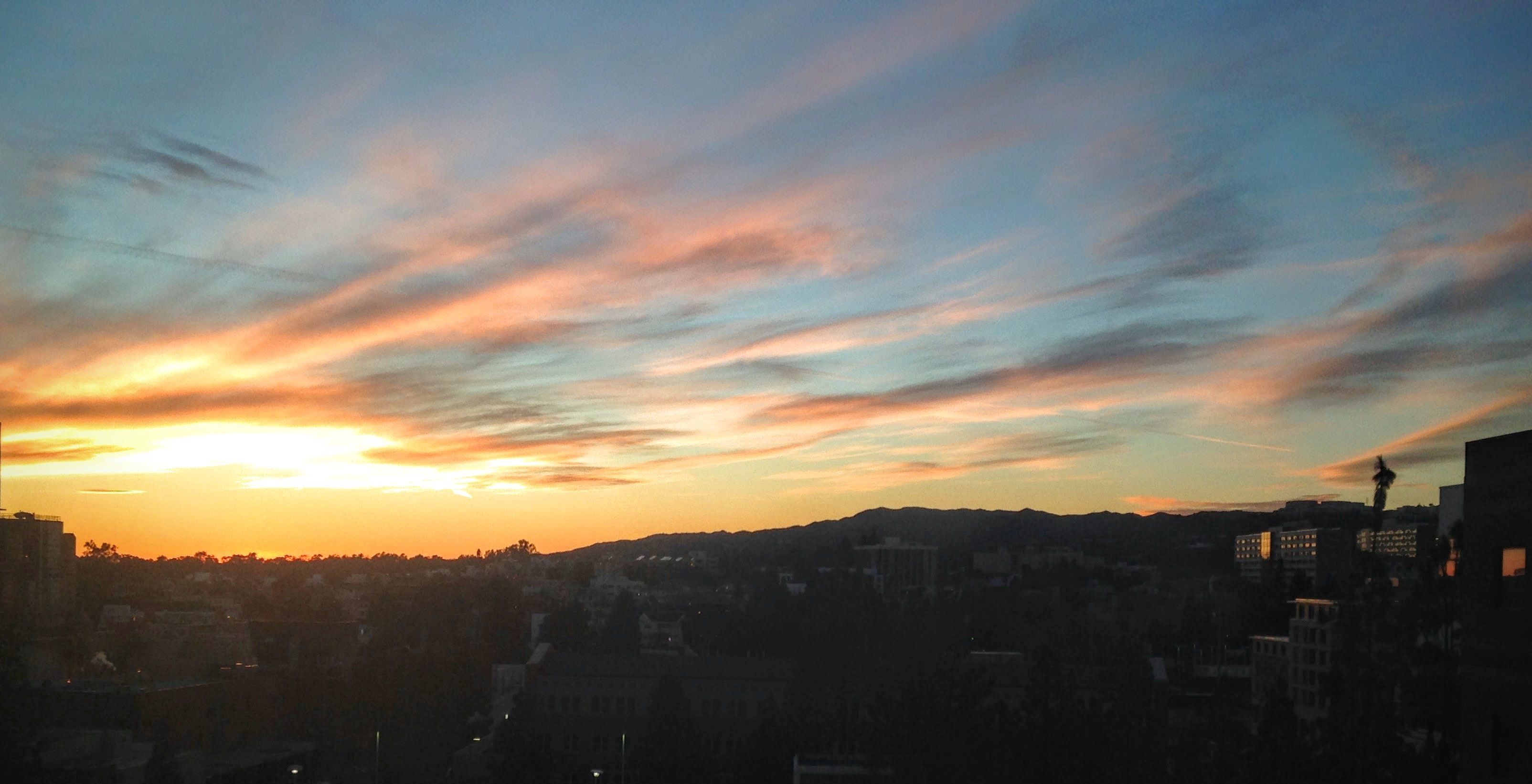 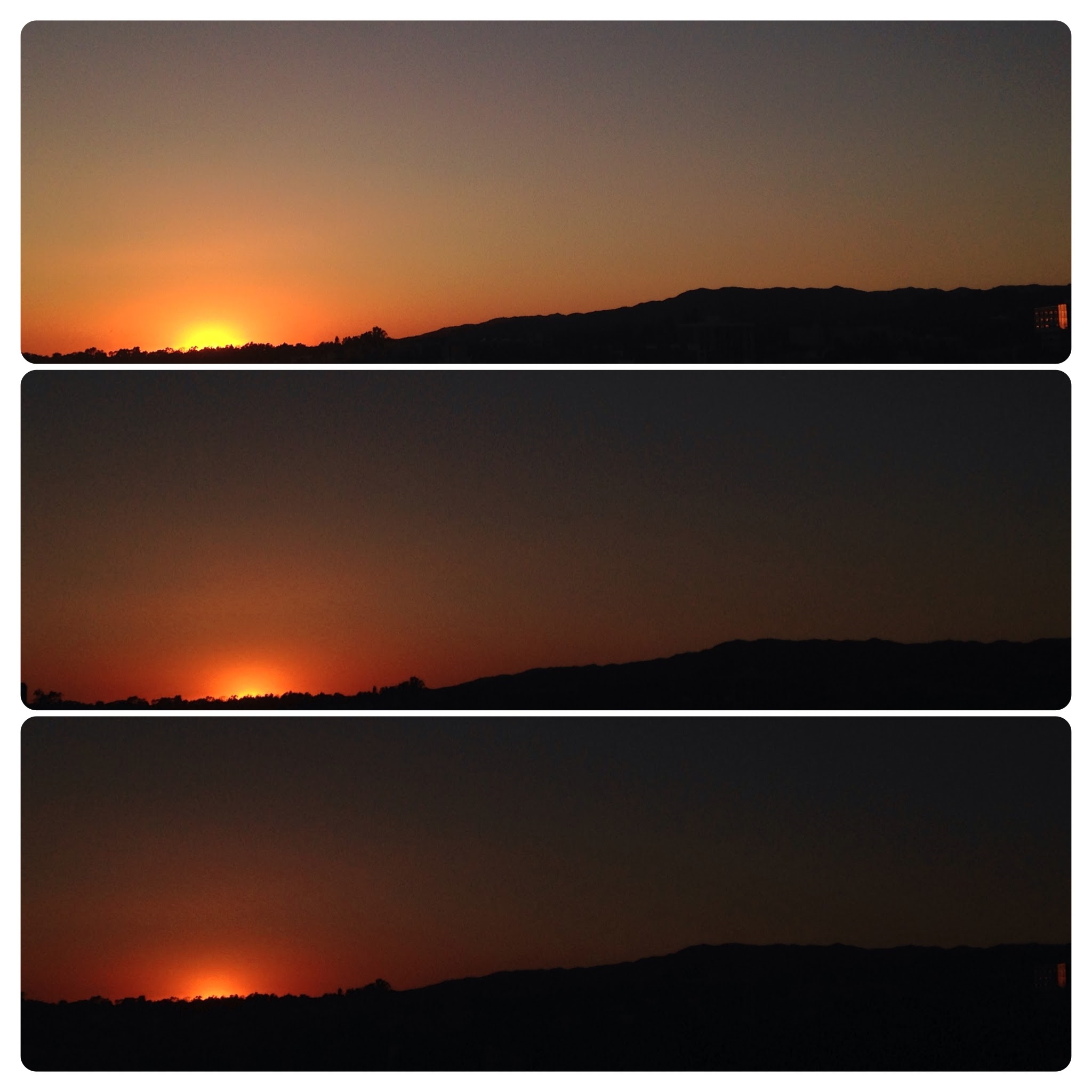 This unnamed researcher explained this was the view from a previous lab and the lunchroom, and further said, " When the fog rolls in, it hangs around on the other side of the river longer than my side, resulting in a ghostly, haunted look in the morning light. Alternatively, on clear, cold days, low-lying clouds would surround the tops of the mountains. The city isn’t nicknamed ‘raincouver’ for nothing." 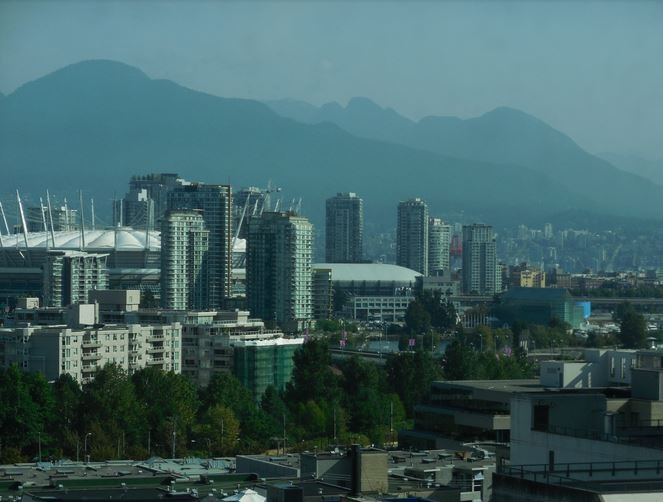 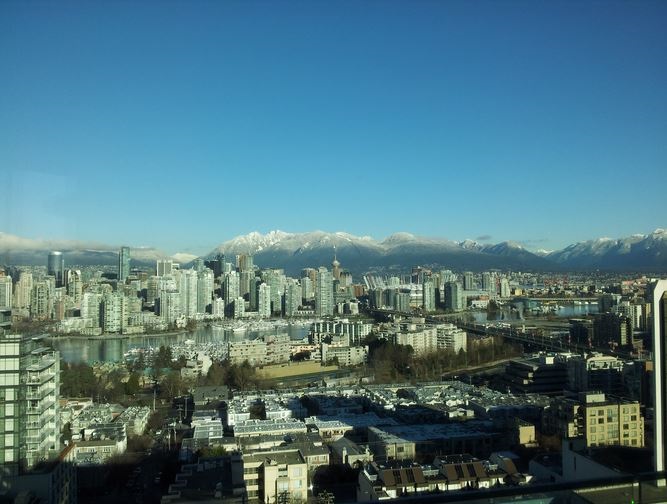 Earth and sky, woods and fields, lakes and rivers, the mountains and the sea, are excellent schoolmasters, and teach some of us more than we can ever learn from books.

**2018 Update**: The CPISB building, located at the University of Alaska Anchorage campus

We came across this one from Kat via Twitter (@Napaaqtuk) who said, "Yes, I still get excited to see moose out my lab window." Very cool! 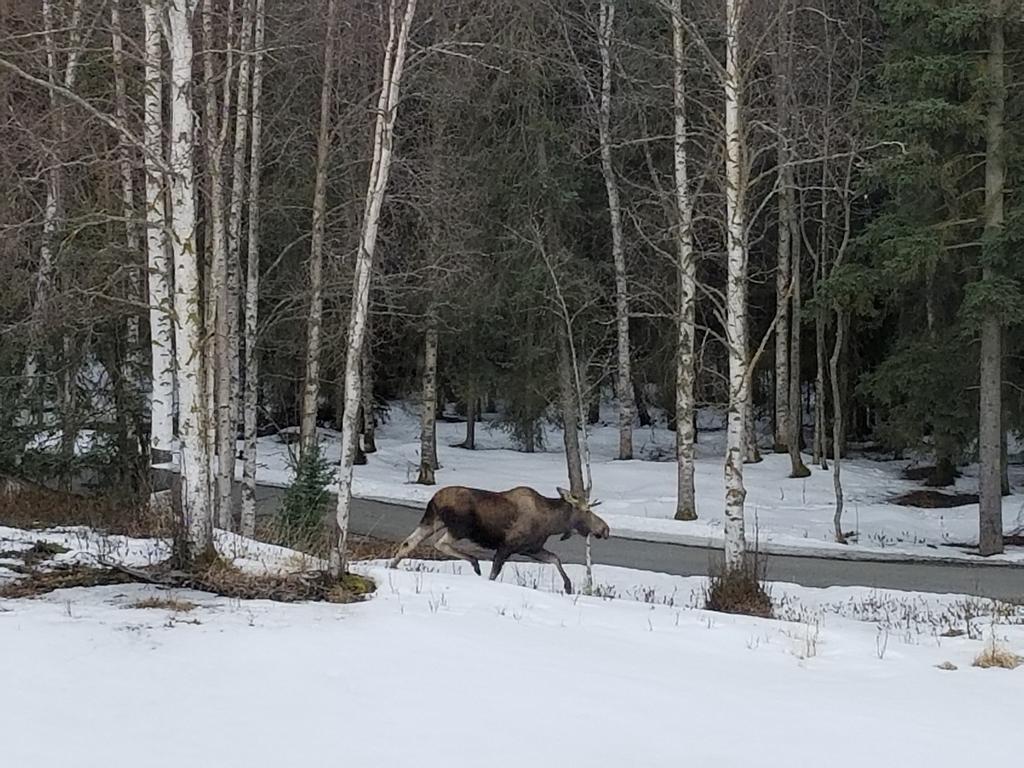 Images appear in geographical order, moving east to west. All images were submitted with permission, and Gold Biotechnology did not do anything to edit these photos beyond resizing.

Troubleshooting Electroporation: Conquer Electroporation & Avoid the Arc
Press down. Cross fingers. Squint eyes in anticipation – annnd SNAP! Electroporation failed again....
21 Spectacular Views From Your Laboratory Window
What most experimenters take for granted before they begin their experiments is infinitely more in...
Featuring the Coolest Floating Tube Rack Creations
The GoldBio Floating Tube Rack is one of our more clever giveaways because of the unique purpose it...
24 Real Lab Hacks from Researchers Like You
Life hacks are all over the Internet, but laboratory hacks are more difficult to find. After being...